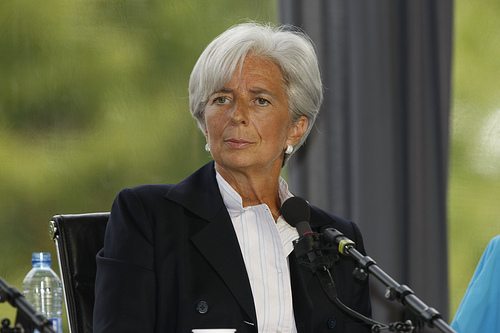 Director of the International Monetary Fund (IMF) Christine Lagarde has said that banks have not changed since the financial crisis and warned that a lack of ethics threatens financial stability.

Speaking at the Conference on Inclusive Capitalism in London, Lagarde said, “The behaviour of the financial sector has not changed fundamentally in a number of dimensions since the crisis. While some changes in behaviour are taking place, these are not deep or broad enough. The industry still prizes short-term profit over long-term prudence, today’s bonus over tomorrow’s relationship.

“Some prominent firms have even been mired in scandals that violate the most basic ethical norms – Libor and foreign exchange rigging, money laundering, illegal foreclosure.”

She also said that capitalism has taken too many risks and led to massive destruction of value, social unrest and political disillusion and added that this was a “wake-up call”.

She argued that capitalism should become more inclusive and that the financial system needed more integrity.

“When we think about finance, surely one of these core virtues is prudence—which is about stewardship, sustainability, and safeguarding the future. Prudence has long been a byword of banking, and yet has been sorely missing in action in recent times.”

Lagarde then drew a comparison between environmental consciousness and changes in the financial sector.

“Not so long ago, we had much higher levels of pollution, and littering was commonplace. Today, we are more educated about these issues, and more in the habit of respecting the planet.

“By comparison, the equivalent kind of awareness in the financial sector—the idea that private misbehaviour can have a broader social cost—is only in its early stages.

“At the end of the day, when the global economy is more inclusive, the gains are less elusive. The market is more effective, and a better future—for everyone—is more likely”.