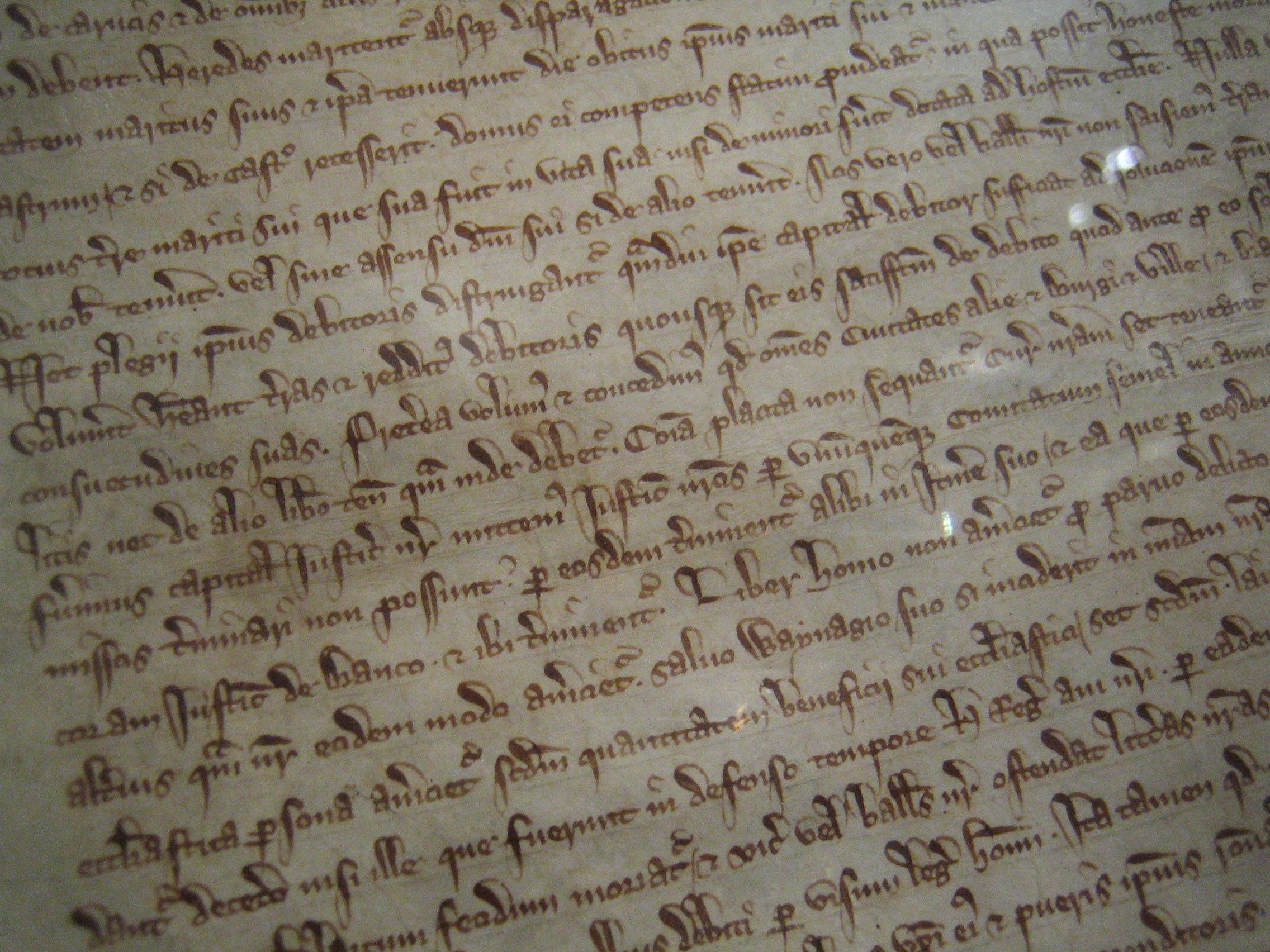 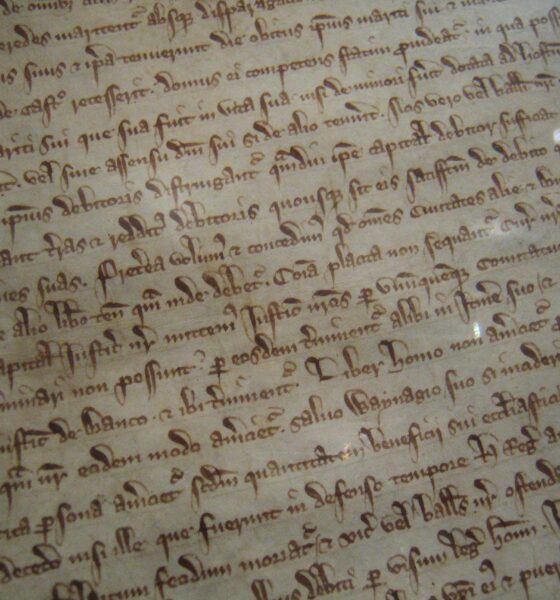 So said Tony Hancock (who would have turned 90 today) in 1959’s 12 Angry Men, a brilliant spoof of Henry Fonda’s 1957 film of the same name. Magna Carta, King John’s grudging attempt to appease rebellious barons and clergy, celebrates its 800th anniversary in 2015.

Magna Carta is seen as an historically significant document that enshrined liberty under the law and laid the groundwork for subsequent great constitutional documents. These include its own reissues in 1216, 1217, 1225 and 1297 (the last as statute), as well as the UK’s Habeas Corpus Act (1679), the Petition of Right (1628), the Bill of Rights (1689), the Act of Settlement (1701), the US Constitution (1789) and UN Declaration of Universal Human Rights (1948).

Lord Denning, the late, great master of the rolls (the second most senior judge in England and Wales) described it as “the greatest constitutional document of all times – the foundation of the freedom of the individual against the arbitrary authority of the despot”.

At the time, it represented a desperate last ditch effort to secure peace between a bankrupt and beleaguered king and incredibly whiny, warring barons. The barons resented paying tax to a king who had failed to defend their rights, privileges and, most importantly, their territories in France. As a result, they wanted the king to stop raising taxes and seizing inheritances without their explicit consent, and much of the document deals with those more mundane issues, rather than profound issues of the constitutional governance of a nation.

John’s hand was finally forced by the threat of full scale civil war and he gave his seal to the document on June 15 1215, near the reeds of Runnymede on the Thames. In effect, Magna Carta ended absolute monarchy and introduced semi-constitutional monarchy. The king, like everyone else, was to be under the law.

Lincoln Castle, where one of the four remaining original copies of the Magna Carta is housed. Photo: www.visitlincoln.com

Magna Carta has grown in significance since. It was reissued four times over the first hundred years and has been cited in some of the greatest parliamentary and legal debates over constitutional reform. However, the original agreement lasted only a few months before Pope Innocent III annulled it, refusing to accept any constraint on the dignity and divine right of kings (clause 61). Civil war broke out shortly after, so the original version was not exactly a success; its later reissues more so.

William Shakespeare’s The Life and Death of King John (1590s) makes no mention of Magna Carta, reinforcing the view that its real constitutional importance came in later years – especially in the parliamentary debates leading up to the English civil war (1642-1651). As with so many of Shakespeare’s plays, it did leave us with the oft-misquoted phrase “to gild the lily“.

Over time, clauses of Magna Carta became absorbed into statute. Today, four clauses effectively remain in force: the freedom of the English church (clause one), the ancient liberties of the City of London (eight) and the right to due process (39/40). The last two, which became a single clause in the 1225 reissue, are the most significant, in that they state that people should be judged by their peers, and justice could not be delayed or sold. Recent governments have done their best to get around this right through extraordinary rendition and secret courts.

This incredible document has a special affinity for me as one of only four remaining copies (there is no original) sits in the castle prison in Lincoln, where I live, alongside its sister document, the Charter of the Forest. The castle is subject to a £22m refurbishment in advance of the 800th anniversary. Salisbury Cathedral has another copy and the British Library the other two. Magna Carta was also the basis of an alternate reality game I developed in 2006, which weaved its real history with a fictional tale of buried treasure.

Not many people know the courageous and pivotal roles played by Archbishop Stephen Langton, Elias of Dereham, William Marshal, Hubert de Burgh, Eustace the monk or Arthur of Brittany (the senior heir to Richard, reputed to be murdered by John, or on his orders). Nor do many know the throne of England nearly ended up in French hands with the popular support of the English, abruptly ending just under 150 years of independent Norman rule. Our history would have been radically different had Prince Louis Capet secured the throne in 1216.

John died (poisoned or broken by his struggles) in Newark Castle in October 1216, shortly after losing his baggage train and much of his wealth in the Wash between Lincolnshire and Norfolk. This created the schoolboy joke of “King John losing his Crown Jewels in the wash”. At that point, Prince Louis had captured Winchester and London, both our ancient and current capitals, plus half of England. John’s death allowed the rebellious barons to switch their support to his nine-year-old son, Henry III (although they probably regretted that decision by 1258). They simply wanted rid of John. Until his death, Louis was the only credible pretender. In 1297, John’s grandson, Edward I, directed that charters based on the Magna Carta become part of the common law of the land.

John’s reputation has been that of a ‘bad king’, akin to Richard III. No king since has shared either of their names. In reality, it is far more complex than that. John inherited a kingdom bankrupted by King Richard’s adventurous crusades, imprisonment and subsequent ransom. Richard spoke no English and hated the cold and rainy country with a passion, staying away for all but five months of his 10-year reign. He is reputed to have said, “I would have sold London if I could find a buyer.” Now, he is lionised as one of our greatest historical figures, with a triumphant statue outside parliament in London, the very place he wanted to sell. Richard shares as much with patriotic Englishmen as our patron saint, St George, a Greek Roman soldier who never set foot on our green and pleasant land.

Faced with bankruptcy and war with the expansionist Philip, King of France, John lost land in France, raised taxes and seized church assets, while trying to appoint his own loyal archbishop over the heads of the clergy of Canterbury. In doing so he annoyed the pope, leading to the whole of England being excommunicated for several years. It was clerics who wrote the historical records of the time and they didn’t like sharing their choice of archbishop, wealth or power. Despite victories against France in the early part of his reign, he eventually lost too much territory that belonged to his barons. In contrast, his father, Henry II, had controlled the vast majority of France through the Angevin Empire, by marriage and conquest.

He was undoubtedly a ruthless man, but what son of the overbearing Henry II and a Plantagenet would not have been? All of Henry’s sons rebelled against him at some point. John persecuted his enemies mercilessly, but that is nothing exceptional for those times, and he was a particular insecure monarch (nicknamed ‘Lackland’ and ‘Softsword’) with strong pretenders and powerful enemies. Killing relatives to secure your throne has been the modus operandi for a lot of rulers.

In many ways, his weaknesses and bad luck left open the opportunity for taxpaying barons to secure more power and show that there was an alternative to absolutism. Once the barons had secured more power, the door was open for the taxpaying cities and shires, the commons, to demand more power. The Boston Tea Party cry of “no taxation without representation” echoes down from Magna Carta. British rulers in 1773 clearly hadn’t learnt the lesson of Magna Carta.

John’s failings led to Magna Carta’s creation, which in turn seeded our parliamentary democracy. A stronger, more effective absolute monarch might have held that door shut for another century or two. This would have been good for the monarchy, but bad for the people.

Magna Carta says rulers are under the law and only rule with the people’s consent (albeit ‘the people’ were the barons in 1215). It says certain groups require special protection and we all have a fundamental right to justice and freedom from arbitrary decisions.

What we can learn from Magna Carta is that sometimes we need a weak government to have the opportunity to create a better government. Is it time for a new Magna Carta?

2015 marks the 800th anniversary of the Magna Carta’s signing, and there are a range of events planned in both the UK and the US. These include exhibitions of the four remaining original copies, housed in Lincoln, Salisbury and at the British Library in London, starting in May 2014.