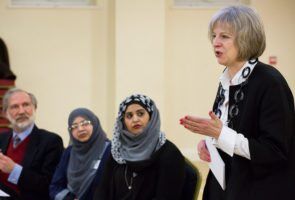 Earnings For Millennials Fall £8,000 During Their 20s Due To ‘Generational Pay Penalty’

Theresa May has highlighted the intergenerational inequality and has warned of Britain’s longstanding promise of ‘generational pay progress’ which could result in a ‘pay penalty’ for millennials, who are at risk of being the first generation to earn less than their predecessors over the course of their working lives.

This fresh evidence comes from the Resolution Foundation as today it launches its flagship Intergenerational Commission (IC).

The Commission’s launch report, which analyses the living standards of different generations, offers fresh evidence of the “growing divide between a more prosperous older generation and a struggling younger generation” that the new Prime Minister warned of in her leadership speech last week.

It shows that millennials (aged between 15 and 35) have been hit hardest by the recent pay squeeze. As a result a typical millennial has earned £8,000 less during their 20s than a typical person in the previous generation – generation X.

While much of this pay squeeze is due to some young people having the bad luck of entering the labour market in the midst of a downturn, the report shows that Britain’s ‘generational pay progress’ actually stopped before the start of the financial crisis.

Looking at the pay of a typical 25 year old the report finds that older millennials, who are now in their early-mid 30s and therefore turned 25 before the financial crisis hit, are the first workers to earn less than those born five years before them. The Foundation adds that younger millennials who entered work into the pay squeeze will have had their pay hit even harder.

The report warns that having experienced a poor start to their careers, which has the potential to permanently scar their lifetime earnings, current economic uncertainty could put further downward pressure on their future pay.

However a more pessimistic scenario, in which the future pay of millennials instead follows the path of generation X, would reduce their lifetime earnings to around £825,000. This would make the millennials the first ever generation to face a generational pay penalty by earning less than their predecessors over the course of their working lives.

The Foundation notes such a pessimistic scenario could emerge if the short-term economic outlook worsens as a result of Brexit, the weak productivity outlook forecast by the OBR earlier this year persists, and if pay growth continues to fall behind productivity gains, as it has done for much of the last two decades.

The Foundation warns that this potential generational pay penalty comes on top of a bleak outlook for home ownership among millennials. It notes that baby boomers were 50 per cent more likely to own their home by the time they were 30 compared to millennials today. This shift towards renting and higher rents has meant that millennials have spent £44,000 more on rent by the time they reach 30 compared to the baby boomers.

The Foundation today launches a flagship Intergenerational Commission to explore growing inequality between generations. It says that repairing the fraying social contract between generations should be at the heart of the new Prime Minister’s task of unifying the country in the aftermath of the referendum.

David Willetts, Executive Chair of the Resolution Foundation and Chair of the Intergenerational Commission said:

“Fairness between the generations is something public policy has ignored for too long. But it is rising up the agenda with the Prime Minister, politicians of all parties, business leaders and others rightly identifying it as a growing challenge.”

That is why the Intergenerational Commission is being set up to provide the most comprehensive analysis of the living standards challenges faced by different generations – and recommendations for action.

“This is about taking seriously the social contract between the generations that underpins our society and state, and recognising that everyone is worried about the future of younger generations. In the real world there is no such thing as generational war – instead there are parents, grandparents, families and communities all sharing the same hopes for younger generations.”

“Generational inequality risks becoming a new inequality for our times, and nowhere is that clearer than on pay. We’ve taken it for granted that each generation will do much better than the last – earning more and enjoying a higher standard of living. But that approach risks looking complacent given the realities of recent years and prospects for the future.

“Far from earning more, millennials have earned £8,000 less during their 20s than the generation before them. The financial crisis has played a role in holding millennials back, but the problem goes deeper than that. Even on optimistic scenarios they look likely to see much lower generational pay progress than we have become used to, and there is even a risk that they earn less over their lifetimes than older generations, putting generational pay progress into reverse.”