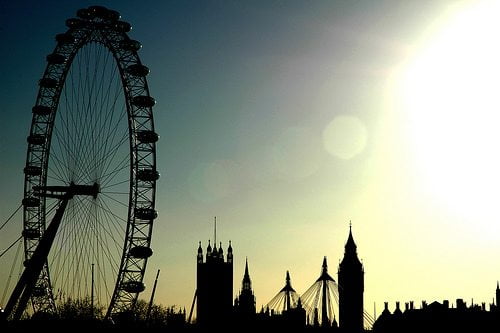 Evan Davis’s excellent two-part documentary, Mind the Gap: London v the Rest, which concluded on Monday night, explored the growing economic gap between London and the rest of the UK – an economic gap that is accelerating.

The swooping shots of London’s skyline felt like an extended introduction to The Apprentice (cue Prokofiev’s Dance of the Knights) and Davis’s enthusiastic presenting style were mixed with some whizzy graphics as he stood silently on travelators, looking into the middle distance. However, the two programmes made several serious points.

In the first programme, Davis explained how London’s economy was growing far faster than the rest of the UK. He didn’t mention that this renders meaningless all UK average economic indicators. There is a London rate of growth, GDP, inflation and unemployment, and there is a non-London rate.

As a global city, London is pulling in investment and talent from the rest of the UK and from around the world. It has a greater share of graduates than anywhere else in the UK and is growing by 1,000 people (a tube train’s worth) per week.

Feeding this machine consumes almost all of the available infrastructure investment, depriving the UK’s other cities and towns of much needed cash that would help them grow. London has 10 times the spending per head on infrastructure with Crossrail 1, upgrades to the tube and mainline stations, the need for new runways and the growing need for Crossrail 2.

This success of London is due to ‘agglomeration’ – a dismal economic term for the benefit firms secure by locating near each other. A city the size of London is more effective than two cities half the size because there are so many companies agglomerating.

That London is also the media, political and cultural heavyweight simply accelerates this virtuous cycle of growth. But virtuous for who?

The second programme dealt with ‘the rest’. This is where the programme got really interesting. Most people in the UK see London’s success as a positive thing for UK plc, laying to rest the myth that there is a seething mass of resentment outside the M25. It was clear that what those outside London wanted was for their communities to succeed, not at London’s expense but in spite of it.

An example of this was the success of the British cycling team, which was due in no small part to the creation of the National Cycling Centre in Manchester. An agglomeration of cyclists and coaches, creating a virtuous (bi)cycle.

Davis then roamed around the ‘desolate north’, in particular the estates of Liverpool, exploring its industrial growth and post-industrial decline, with a detour to see Ringo Starr’s birthplace.

At this point, the programme took an interesting and lateral turn, when Davis visited Hebden Bridge in Yorkshire, the world’s fourth funkiest town.

After the decline of the wool and clog mill industries, it looked like it would suffer the fate of so many northern towns. But growth in nearby Manchester and Leeds created a commuter belt where people could live among the green hills of Hebden Bridge, but work in these vibrant cities.

It was neatly described by one contributor as an inverse city with green belt at its centre and nice “suburbs” such as Manchester (1:11hrs), Leeds (1hr), Liverpool (1:50hrs) and Sheffield (1:36hrs). All those travel times are based on the current poor road infrastructure and appalling east-west rail links.

This is an interesting thought. The UK’s problem is not that London is too big, but that its next tier of cities are too small.

Creating a sprawling metropolis like Los Angeles or Bosnywash (Boston-New York-Washington) with excellent high speed transport links between Hull or Sheffield in the east and Liverpool in the west, connecting them through Manchester, Bradford, Leeds, Sheffield and Doncaster could create an 8.8m population counterweight to London’s 9.8m dominance.

Couldn’t HS2 link our two cities of culture, Hull and Liverpool? North-south connections are already very good; it is in travelling east-west that we struggle.

As an ‘out there’ suggestion, an English parliament could sit in this central belt, in funky Hebden Bridge, although an influx of politicians and media-types would probably wreck the place.

Which leaves me with the only criticism to be made of Davis’s series. It was very England-centric, which is surprising considering Scotland is to have an independence referendum in six months, and the name Evan Davis smacks of some Welsh heritage. What about Edinburgh, Glasgow, Cardiff and Swansea?

While obviously much larger, the US has six of the top 20 global cities by GDP, according to the most recent analysis by the Brookings Institute in 2012. Japan, a narrow island like us, manages three. Germany manages a much more distributed economy, with politics centred on Berlin, economic activity centred on the Rhine-Rhur region and beer drinking on Munich. History and federal structures help explain Germany and the US, but this isn’t the case in Japan.

You can distribute economic activity if you want to and still be a global leader. China and India will have many megacities, only one of which in each will be the capital.

Davis ended his series, standing outside the glorious gothic St Pancras, with a proposed deal. He said the rest of the UK would not resent London’s success (they don’t), if London won’t resent the rest of the UK finally getting its fair share of investment.

And there’s the rub. London sees it’s peers as New York, Paris, Hong Kong and Tokyo, and has little interest in the ‘desolate’ north, with their funny accents and quaint customs.

That said, closing the gap is essential if we want a truly United Kingdom, and would be possible if we had the political and industrial vision and confidence of the Victorians to do so.