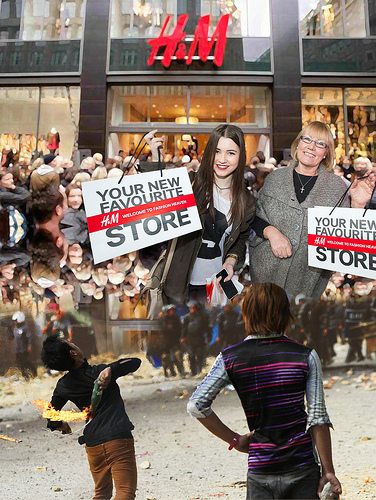 A group of fashion brands, including Primark, H&M, Next and Zara have agreed to raise the minimum wage of garment workers in Cambodia, who were earning as little as £62 per month.

Garment workers took to the streets of Phnom Penh last week, asking for their £62 monthly wage to be raised to (£110).

The protest was supported by IndustriALL Global Union and UNI Global Union. IndustriALL’s general secretary Jyrki Raina said, “The government must listen to its citizens – garment workers – whose hard work contributes US$5 billion to the Cambodian economy.”

In response to the demonstration, the companies said in a letter, “Our purchasing practices will enable the payment of a fair living wage and increased wages will be reflected in our prices, taking also into account productivity and efficiency gains and the development of the skills of workers, carried out in cooperation with unions at workplace level”.

Campaigners welcomed the letter but added they also want to see the Cambodian government rising the minimum wage significantly and give more weight to the unions’ instances.

The treatment and wage of garment workers by western firms hit the headlines over the last year, following the tragic collapse of the Rana Plaza factory in Bangladesh.

Human rights campaigners have called for better working conditions and more protection for employees in Asian countries, where the garment sector is a key economic activity.

After the Rana Plaza disaster, some fashion firms have pledged their support to the cause and promised to take action.