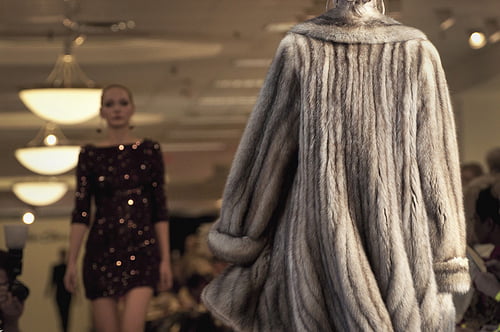 Tar sands, fur and animal testing are not sectors traditionally found in an ethical investor’s portfolio, but changes to F&C Asset Management’s policies mean that its Stewardship range allows investment in firms from all three.

The range has developed an impressive track record of being home to ethically-screened investments for the last 25 years.

F&C’s recent review of its celebrated Stewardship Funds policy is one which might grind the gears of ethical advisors. Scratch beneath the surface of investment criteria, and you may find the group to be backtracking its original principles.

The committee of reference is, at present, carrying out changes to the investment criteria in order to “strengthen” an appropriate policy in food, fur, zoos or theme parks, and the use of animals in research and testing.

In the Policy Proposal for Stewardship Investment Criteria Regarding Animal Welfare, the committee explains that the updates in criteria have been imposed to “reflect changes in customer concern and company good practice”.

Amid a growing demand for socially responsible investment, the company has been criticised for its lack of communication in the case of policy changes. It is thought that F&C held stocks in Burberry for over a year before the fashion company appeared on its top ten holdings. F&C hasn’t yet produced a full list of holdings.

“As the original vanguard fund in the ‘ethical sphere’, F&C needs to read carefully in its approach to Stewardship”, said Julian Parrott, an independent financial adviser at Ethical Futures.

“I’m not sure that with the changes in management [from Friends Provident to ISIS to F&C] that have occurred over the past 12 years or so that a full understanding of the original value set has travelled with it.

“Stewardship was a deep green fund and F&C’s original investors often aspire to very strong and exclusionary policies. The potential issues relating to extractives are probably of more concern than the animal welfare issues.

“This, it has to be said, does represent something of a trend in the market with funds moving to styles such as socially responsible or thematic, with the emphasis being on positive reasons to invest and good governance – rather than the strict exclusionary criteria of the original ethical fund.

“This is a disappointing development as it potentially limits choice for clients with strongly help convictions.”

It appears that surreptitiously ethical investment is under attack. Leaders in the industry should not stray from targets of responsibility if they are to avoid a funding the so called ‘sextet of sin’.

F&C’s policy changes may not mean that the company will invest in the controversial sectors, but the evaluation of the £1.2 billion Stewardship Range is met with much scepticism.

Ethical Futures relay a timeless message that cannot be over-stressed: “Make your money change the world”. We cannot forget our growing responsibility to source our money from sustainable places.

F&C claims that animal welfare remains solidly on the Stewardship agenda. It states that it does not invest in battery chickens, and excludes fur if the company’s involvement is “negligible”. The organisation aims to avoid companies involved in such sectors as tobacco, alcohol, gambling and pornography.

With the initial guidelines for the committee’s negative screening process dwindling slowly, subject to rules of exception, we begin to question F&C’s commitment to its own original innovative policies laid down in 1984.

Tar sands looks to be the next pending re-evaluation, with F&C setting a 3% benchmark for investment in oil companies with assets in the extraction process. Tar sands, or oil sands as they’re sometimes known, are a major source of unconventional oil which, along with the dangers of extraction, are paving the way for climate change to be most destructive.

We urge you to read our Guide to Sustainable Investment to be inspired about the prospect of your money making a real difference.

What is ethical investment?

What is socially responsible investment (SRI)?

Ensuring you money doesn’t do harm: The ethical investment option