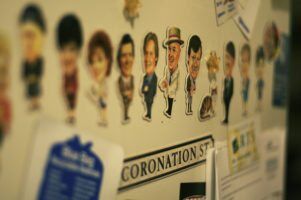 The analysis shows that having peaked at 71 per cent in 2003, the proportion of people owning their own home across England has fallen steadily over the last decade by eight percentage points. It suggests that the widely reported increase in home ownership in 2014 was likely a blip to correct a sharp fall the year before, rather than a welcome reversal of a long standing trend.

The Foundation says that while much of the discussion around the struggle to buy a home has centred on London, Greater Manchester has actually recorded the sharpest fall in home ownership of any major city area in the last decade or so.

The Foundation notes that people living in Greater Manchester are no more likely to own a home than people living in Outer London, and that home ownership rates have fallen below all other big northern city areas apart from Tyne & Wear. It says falling deposit affordability has played a major role in this trend.

The Foundation warns however that plummeting home ownership isn’t confined to Greater Manchester. It notes that Outer London, South and West Yorkshire, and the West Midlands Metropolitan Area have also experienced double digit falls in home ownership since the early 2000s.

This fall in home ownership has corresponded with a near doubling in the proportion of private renters across England, up from 11 per cent in 2003 to 19 per cent in 2015. The proportion of households renting privately in Greater Manchester has more than trebled over that period – from 6 per cent to 20 per cent – while Outer London and West Yorkshire have also reported double digit growth.

The Foundation says that the shift from home ownership to private renting – which is taking place throughout England, particularly among young people – is concerning for a number of reasons.

It notes that households in the private rented sector spend a far higher share of their income on housing than those who own with a mortgage (30 per cent compared to 23 per cent), helping to explain the fact that the share of income that households spend on housing across the UK has increased by around a quarter since 2003 (and by around a third in the North West).

Renters are also more likely to face the greater insecurity associated with short-term contracts, while the struggle to buy property makes it harder for people to accumulate wealth that they may rely on in later life.

The Foundation’s analysis follows an English Housing Survey report last week, which found that two–thirds of private and social renters cited affordability as a barrier to home ownership. It found also that fewer than one in ten private renters did not expect to purchase a house because they liked it where they were, while just 1 per cent preferred the flexibility of renting to home ownership.

Stephen Clarke, Policy Analyst at the Resolution Foundation, said: “London has a well-known and fully blown housing crisis, but the struggle to buy a home is just as big a problem in cities across the North of England.

“The chances of owning a home have fallen fastest in Greater Manchester over the last decade, though the Leeds and Sheffield city areas have also experienced sharp drops.

London has a well-known and fully blown housing crisis, but the struggle to buy a home is just as big a problem in cities across the North of England.

“These drops are more than a simple source of frustration for the millions of people who aspire to own their home. The shift to renting privately can reduce current living standards and future wealth, with implications for individuals and the state.

“We cannot allow other cities to edge towards the kind of housing crisis that London has been saddled with. It’s encouraging that the new Prime Minister has talked about tackling the housing deficit. She may find that making good on this promise could secure as important a legacy as negotiating a successful exit from the European Union.”