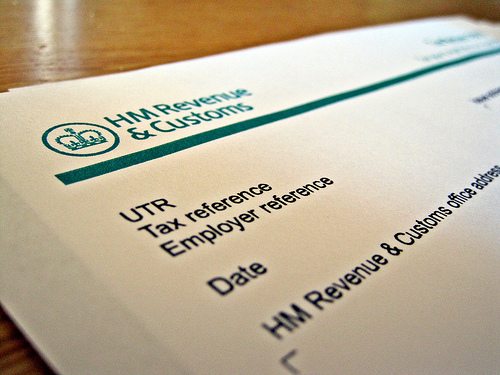 HRMC’s recent crackdown on tax evasion has yielded a record high £23.9 billion in additional tax revenue in the 12 months to March – £8 billion of which is from large businesses.

The organisation recently said it expected to secure a total of £100 billion between May 2010 and March 2015, exceeding current targets set by the chancellor George Osborne by almost £1 billion.

Treasury minister David Gauke said on the BBC Radio 4 Today programme on Tuesday, “HRMC will pursue those seeking to avoid their responsibilities and will collect the taxes that are due.

“The government is determined to tackle the minority that seek to avoid paying the taxes they owe.”

Some £1 billion was raised from criminal investigations and £2.7 billion from tackling tax avoidance schemes in court.

High profile cases of tax avoidance have dominated many recent headlines, the most prevalent being Take That singer Gary Barlow, who along with two fellow bandmates and the band’s manager invested at least £26m in a charity-based tax avoidance scheme.

The published figure of £8 billion extra tax being yielded from large businesses comes at a time when HRMC are under increased scrutiny for not tackling corporation tax avoidance – and even being accused of deliberately not using its full range of capabilities to combat it.

Companies like Google, Amazon and Starbucks have prompted protests against their methods of tax avoidance. Starbucks last year was found to have paid no corporation tax on its profits since it began trading in 1999.

The exploitation of UK tax laws by corporations has created stern opposition to foreign takeovers of British businesses, like pharmaceutical giant Pfizer, which was accused of wanting to take over rival AstraZeneca on tax grounds.

Currently, the UK corporation tax sits at 21% compared to 35% in the US.