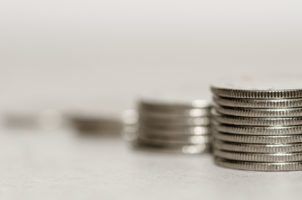 Tax Could Take Falling Of £150 Million A Week

The IMF’s revised outlook for GDP growth in the UK would mean the tax falling of around £150m a week, presenting a huge challenge to the new Chancellor, the Resolution Foundation said yesterday (Tuesday) in response to the latest IMF World Economic Update.

Matt Whittaker, Chief Economist at the Resolution Foundation, said, “there is huge uncertainty around the UK’s economic prospects in the wake of the decision to leave the EU, though most agree there will be a short-term hit to growth.

“The IMF outlook today, while less pessimistic than many of the projections we’ve had from the City, reiterates the scale of the task facing the new Chancellor when he sets out his Brexit Budget this Autumn. A £21bn reduction in the size of the economy alone would reduce the tax take by £150m a week.

“With living standards still showing the effects of the 2008 financial crisis, any reduction in growth in will have profound implications for Britain’s households.

Those on low to middle incomes face the double hit of slower wage growth and a tighter benefit squeeze in the face of an inflation spike.

“Younger citizens too look vulnerable. Those in their 20’s have fared particularly badly over recent years and face the prospect of earning less over their lifetime than their parents did – the first time any generation has experienced such a reverse.

“The precise scale of the Brexit fall-out remains highly uncertain at this stage – especially over the longer-term – but it’s clear that the government will need to put those on low and middle incomes at the heart of its response if is to achieve the new Prime Minister’s mission of ensuring that Britain is a ‘country that works for everyone’.”