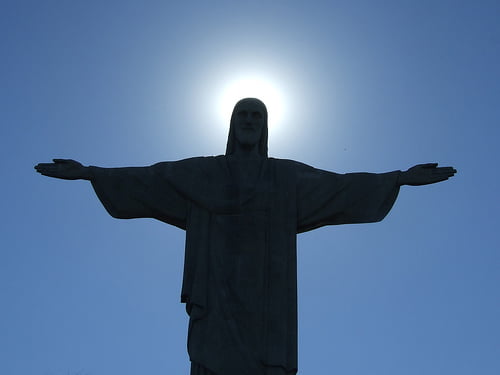 On the eve of high-profile talks at the UN Conference on Sustainable Development, or Rio+20, Blue & Green Tomorrow provides a bird’s-eye view into what’s to come, what’s already happened and some of the developments you might have missed.

With 50,000 visitors and around 100 heads of state expected, the Earth Summit in Rio de Janeiro is, for many, the leverage for a swift scale-up of clean technology, green infrastructure and resource efficiency worldwide.

Among the array of innovative and sustainable solutions spotlighted is an awards ceremony: the Social Investment Pioneer Awards. The Principles for Social Investment Secretariat (PSIS) launched the awards in a call to businesses worldwide to showcase investment activity which is purposeful, accountable, respectful and ethical.

With the beginning of high-profile discussions only a day away, we’ve also seen progression in the form of innovative exploration into LED (light-emitting diodes) technology. A report, titled Lighting the Clean Revolution: The rise of LEDs and what it means for cities, takes a detailed examination of the global market status and potential of LEDs.

LED street lighting can generate energy savings as high as 85%, according to LightSavers, the independent, two-and-a-half year global pilot of LED lamps in 15 separate trials across 12 cities, which is behind the extensive report.

Launched as part of the Clean Revolution Campaign at the Rio+20 Sustainability Forum, and produced by influential names in sustainability such as the Climate Group, the report provides guidelines for policymakers and city light managers who want to scale-up and finance large LED retrofits.

Mark Kenber, CEO of the Climate Group said: “This report clearly highlights that LEDs are ready to be scaled-up in towns and cities across the globe.

“LED technology is energy efficient, scalable and positively impacts on the public; it is the ‘Clean Revolution’ in action. We are now calling on Governments to remove policy obstacles and enable rapid transition to low-carbon lighting.

He added, “We will be working to recruit a leadership group of city, state and national governments to adopt this and report on progress on an annual basis over the next three years.”

Yesterday, former UK prime minister, Tony Blair, and a group of international statesmen and business leaders, noted that in order to lead the world out of recession, a steep change in investment in renewable energy, clean technology and infrastructure is essential.

With the G20 Leaders’ Summit already underway in Mexico and with Rio+20 in plain view, signatories, in an open letter, called for a coordinated policy shift to save the economy and the climate.

The letter says: “By the end of the decade, the low-carbon market could triple in value to over $2 trillion. At a time when government and business leaders everywhere are calling for strategies that deliver growth, we have a historic opportunity before us to lead the world out of recession and into a more stable, sustainable future.

“This is the time for a green industrial revolution led by real investment in clean technologies and infrastructure. The ‘Clean Revolution’ is essential if we want to ensure we save our economies from the crippling costs of runaway climate change, and create meaningful jobs and enhance energy security.”

In a pre-recorded speech, the Prince of Wales warned of the potentially “catastrophic” consequences, should the UN Conference on Sustainable Development in Rio fail to reach a sustainable consensus on matters such as climate change and global food security.

In a video address, the prince said: “I have watched in despair at how slow progress has sometimes been and how the outright, sceptical reluctance by some to engage with the critical issues of our day have often slowed progress to a standstill.

“And we continue to ignore the painful lessons of the so-called green revolution in India by intensifying our food production methods in such blinkered, chemically and technologically –based ways, that the land and the oceans are beginning to fail.”

He added: “We do not have long to capture such a comprehensive picture, and so I would appeal to you as you meet here in Rio to make an even greater and concerted effort to persuade policy and decision-makers to act before it is finally too late.”

The 20 most powerful leaders in the world, who are meeting at the G20 Summit this week, are faced with the potential to “literally stop climate change”. Avaaz’s trending petition to #EndFossilFuelSubsidies has gathered huge momentum over the last 24 hours or so, with over 750,000 people signing it to “save the planet” – well on par for the 1,000,000 goal.

In its address to G20, Avaaz says, “As concerned citizens, we urge you to honour your previous commitments to end taxpayer hand-outs to the fossil fuel industry, and go a step further by redirecting that money into green climate solutions instead.

“To save our planet we need a game-changer now – we call on you to first lead by example, and then make ending all polluter payments that top global priority for the Rio Earth Summit.”