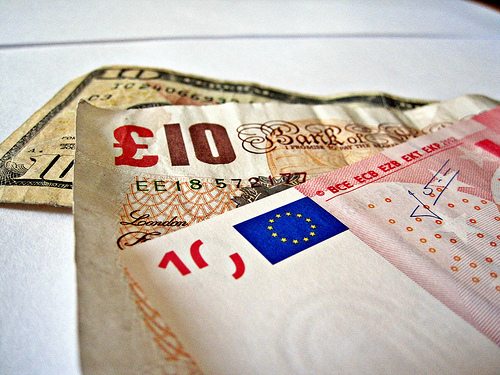 Some of the world’s largest global banks are facing investigations from seven financial regulators over allegations of foreign exchange manipulation.

The banks, which are accused of manipulating the global currency markets, are being investigated by some of the world’s biggest financial authorities, including the UK’s Financial Conduct Authority (FCA).

Regulators from Switzerland, the US and Hong Kong will also be setting their sights on the euro-dollar market, which accounts for around $1.3 trillion of daily trading volume. Banks said to be involved in the investigation include Goldman Sachs, Barclays, Morgan Stanley, HSBC, the Royal Bank of Scotland (RBS), Standard Chartered, UBS and Deutsche Bank.

The investigation will look at whether or not employees at these banks shared information on trading ahead of their clients.

According to the Financial Times, Joaquín Almunia, the European competition commissioner, said that banks were fully complying with the Brussels investigation in the hope of being dealt with as leniently as possible.

He added that in the light of this and Libor fixing scandal, manipulation could be more widespread than first thought.

The allegations are the latest relating to price fixing, as a number of other industries have been accused of rigging practices in recent weeks.

The energy industry was accused by MPs of fixing the price of wholesale energy by selling it to themselves at an above market rate, and most recently, a legal battle was brought before the US courts against oil giants, including Shell and BP.