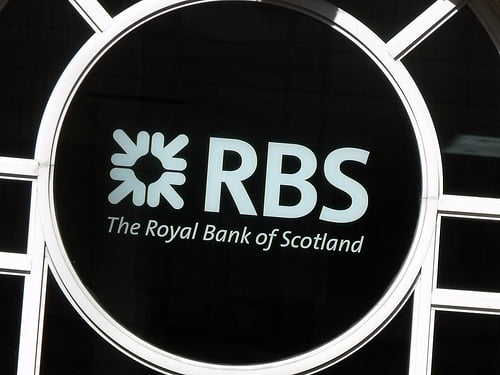 The Royal Bank of Scotland (RBS) is expected to agree a £350m fine for its role in the Libor rate-rigging scandal that emerged earlier this year – the latest in a long list of hefty punishments handed out to the big banks recently.

Barclays – the institution initially at the centre of the row when it was made public in July – was made to pay £290m earlier this year over its fixing of Libor, the rate at which banks borrow from each other.

The fact that RBS looks likely to pay a significantly greater sum for its recent misdemeanours is yet another blow for the mainstream banking culture.

“It is time for RBS to shape up and take care of taxpayers’ £45 billion bailout.”

The RBS announcement, which was reported in The Independent, comes less than a week after HSBC was forced to pay a record £1.2 billion penalty over claims that it had been laundering money for Mexican drug barons and Iranian criminals.

Meanwhile, it was revealed recently that Northern Rock had cost the taxpayer another £270m, due to badly worded loan statements – despite owing the Treasury over £20 billion already.

Former Barclays chief executive Bob Diamond resigned when the press and regulators got wind of the bank’s role in rigging the Libor rate.

Dedicated ethical and sustainable banks such as Triodos and Charity Bank reported a huge surge in interest from consumers around the time that coverage of the Libor scandal was at its peak, while results of a poll released during National Ethical Investment Week in October by Ecclesiastical Investment Management suggest that 17% of people would now choose ethical financial options because of mainstream banking instability.

“We need an urgent rethink about the role of the banking sector in society. We need to move away from a focus on profit which promotes predatory, aggressive banking and towards a system that supports local businesses and economies.

“Our publicly owned banks should be serving the needs of society not safeguarding the bonuses of those at the top.”

If you’re dissatisfied with the high street banking options, there is something you can do. Have a look at the plethora of better, ethical, sustainable and responsible options available in our Guide to Sustainable Banking, and if you don’t think you’re with the right bank, move your money.