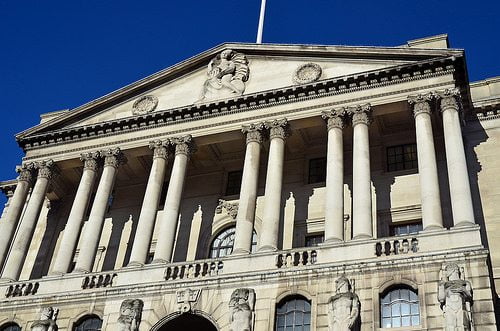 The Bank of England is set to launch an independent inquiry to look at allegations around the foreign exchange (forex) market. The Bank has been accused of allowing the market to be manipulated.

According to the Sunday Telegraph, the bank may appoint a judge, academic or senior financial industry executive, who are far enough removed from the Bank’s actions, to assess the allegations and formulate a response.

Last week, the Bank published minutes of meetings that showed concerns were raised about possible manipulation as far back as 2006. Despite the concerns and the seriousness of the allegations, no action was taken.

The forex market trades around $5 trillion (£3 tillion) each day and the allegations centre on traders manipulating the market by sharing information on trading ahead of their clients. A number of banks have come under scrutiny during the investigations including HSBC, Barclays, the Royal Bank of Scotland, Standard Chartered, UBS and Deutsche Bank.

Speaking to Reuters, Mark Garnier, a member of the Treasury committee, said any perceptions that the Bank was not tough enough on tackling problems could damage London’s reputation as a financial centre. This could potentially weaken Britain’s hand in European Union talks over financial reforms, he added.

The forex investigations follow the Libor and Euribor scandals, in which banks were found to be manipulating interest rates. The revelations have led to a number of banks being fined, individuals being charged and regulators calling for reform.

Josquín Almunia, the European competition commissioner, has previously commented, “Before Libor, people thought benchmarks could be trusted. Now there’s a presumption that there’s a risk of manipulation. Perhaps manipulation is not the exception but the rule.”