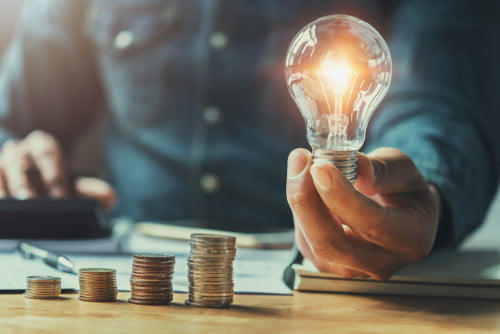 People often hear about how automation is a time-saver. And it can be, when applied to the right circumstances. But automation also saves energy and helps the industries that use it reduce their environmental impacts. Here are some examples.

Internet of Things (IoT) devices are popular for helping people cut down on unnecessary energy use at home. But they can also assist people in the same way as they travel. For example, sensors can turn off the lights in a hotel room when a person leaves, preventing them from accidentally using energy by forgetting to darken the room before going sightseeing or to a business meeting.

Smart energy management systems also give hoteliers a glimpse into the heating and air conditioning equipment used in each room. Some detect unoccupied rooms and automatically reduce energy expenditure until a new guest arrives. Others provide maintenance alerts about issues that could potentially cause unnecessary energy usage if not addressed.

Automation also comes into play from the guest service side of things. Some hotels offer bedside tablets that connect to room automation features and allow people to make temperature and lighting adjustments from a single dashboard. Then, they can choose the settings that are most comfortable for them without hassles.

Hotel managers also might choose to display information around the room that tells a person how much energy they could save by turning the thermostat down a few degrees, for example.

Some people believe that vertical farming, a practice involving growing produce in tall columns, could be a solution that promotes food security for the future. It could also help save energy within the farming sector. A recent partnership between a UK-based company called LettUs Grow and an enterprise power solution called Octopus Energy for Business could help bring about even more progress in this area.

When LettUs Grow created a price model to show how much the typical vertical farm proprietor could save on energy costs, the cost reductions for energy were as high as 12%. This example shows how if an agricultural enterprise — utilizing vertical farming or not — depends on automation and then partners with electric providers that also have automated features to serve clients, the payoffs could be substantial.

3. Manufacturers Use Automation to Save Energy During Production

Many manufacturing plants initially turn to automation because the goal is to save on human labor costs. Indeed, applying automation in practical ways can greatly reduce the numbers of people needed during a given shift. But it saves energy, too. For example, there is automation software out there that can contextualize extensive process data and help manufacturers realize which parts of their operations are most energy-dependent.

Additionally, many manufacturers save money with predictive analytics. They use tools that can predict which machines need maintenance, which can prevent poorly maintained equipment from using too much energy due to something that’s easy to remedy.

In one case study, Gestamp — a Spanish company that manufactures car body shells — implemented a data collection platform to gather usage information from more than a dozen of its plants every one to two seconds. That information allowed the enterprise to see where to make improvements. As a result, the company recovered some 55 gigawatt-hours of energy in a year.

The energy sector itself also benefits from saving on energy expenditures with help from automation. For example, one platform, called WattTime, is a tool for the energy industry that measures the impact on greenhouse gas emissions when a renewable energy plant displaces a conventional plant. It can also calculate how things like weather and load cause emissions to fluctuate.

Such technology ties into something called “automated emissions reduction” (AER). Power plants that use it can tweak their settings to allow for maximum energy consumption during moments with the highest availability of clean power. This technology could be crucial for power plants transitioning to 100% renewable energy.

In another case, gas-fired power plants require fewer humans to staff them even if they’re larger than plants that currently have more workers. As staff numbers rise, the amount of energy that gets wasted could too, such as if the plant needs to operate more overhead lights for safety or if electricity gets expended when people walk through automatic doors dozens of times during a workday.

Plus, like the manufacturers mentioned above, representatives from power plants can use automation and data analysis together and find out which processes could be improved to use less energy.

Self-driving cars are arguably among the most talked-about technologies. Although there are still several aspects of them to iron out before the vehicles come into the mainstream, people are already excited about the prospect of being able to get to work in their cars without touching the steering wheel or the brake pedal.

That scenario could certainly make commuting more convenient, but there’s a potential energy-saving benefit too. In 2017, Clemson University and two other institutions received a grant of approximately $1.16 million to figure out how to make automated vehicles maximally energy-efficient through things like better batteries or lighter frames.

Then, in 2018, a team at Stevens Institute of Technology published what was then the first study to look at the energy impact of cars with smart technology. They found it totaled $6.2 billion in annual fuel savings, which works out to a savings of between $60 and $266 for each driver per year. Notably, the team looked at automated technologies that already exist in today’s cars — such as adaptive cruise control and collision detection warning systems.

Their research suggests that people can save money on the energy costs associated with car ownership despite fully automated cars not being widely available yet.

This list highlights how automation could have measurable, energy-saving advantages in sectors all across the board. As such, if companies and industries want to make gains through lower energy expenditures, automation may be an excellent starting point.