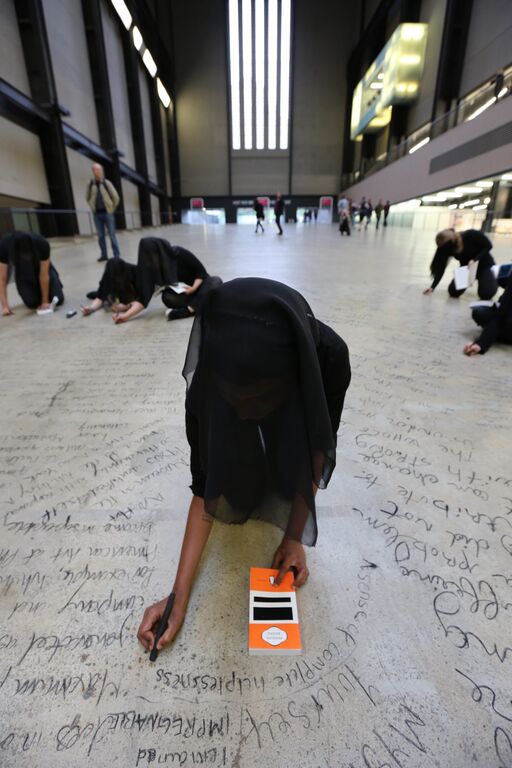 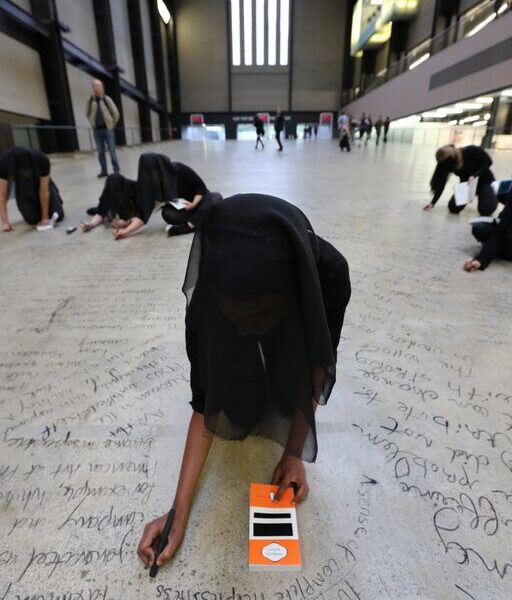 Over 70 artists have planned an unauthorised performance in the Tate Modern’s Turbine Hall on Saturday to protest against the gallery’s sponsorship agreement with oil giant BP.

Members of art collective Liberate Tate – which fights against sponsorship relationship between BP and the museum – have set up a performance called Time Piece, expected to last until tomorrow afternoon.

The performance aims at filling the gallery with “ideas and narratives of art, activism, climate change and oil”. Black-dressed activists are simulating a full tide cycle by moving across the 152-metre sloping floor and writing warning sentences about climate change.

Yasmin De Silva of Liberate Tate said, “Oil companies, like BP, are trying to carry on pretending its business as usual, but time is running out to act on climate change. We’re already seeing the impact of climate change globally, and companies, foundations and institutions around the world are turning away from the fossil fuel industry that’s driving us to climate disaster.

“We’re here today to let Tate know the tide is rising against its continued support for BP, which has a shocking history of environmental disasters, human rights abuses and lobbying against climate change legislation.”

Activists hope that the piece will heat up the debate on BP’s sponsorship at Tate, ahead of crucial UN climate talks in Paris in December.

Fossil fuels sponsorship in the arts is a controversial subject that has sparked debate among environmental groups. Recently, documents revealed that another energy company – Shell – tried to influence environment and climate exhibitions at London Science Museum.