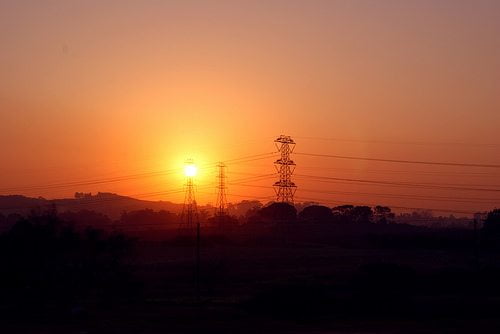 Headlines warning that the ‘lights will go out’ over the last 10 years have not reflected reality, a report commissioned by the Energy and Climate Intelligence Unit (ECIU) finds. “We need to have a serious conversation about security of supply, but it also needs to involve the other objectives of energy policy – keeping bills down and reducing carbon emissions – and 10 years of crying ‘wolf’ on power cuts has probably served only to confuse the public”

Analysis of statistics and trends in power outages in the UK suggests that concerns over security of supply linked to power station closures and increasing use of renewable energy are largely unfounded.

The report found only one known example of a UK power cut related to problems with generation in the last decade. And the experience of other countries, it says, shows that increasing use of renewables does not necessarily mean greater risk of power cuts. The analysis comes ahead of National Grid’s Winter Outlook report, which will set out measures to ensure security of supply in the UK.

Richard Black, ECIU Director, noted that mainstream UK newspapers have carried nearly 500 articles over the last decade warning that the lights would go out imminently – which has not matched reality.

“This analysis shows that generation-related outages are vanishingly rare – almost all power cuts are down to issues with distribution of power, not generation,” he said.

“So the persistence of the ‘Blackout Britain’ story during a decade without blackouts raises questions – notably, whether journalism is at times allowing itself to be played.

“We need to have a serious conversation about security of supply, but it also needs to involve the other objectives of energy policy – keeping bills down and reducing carbon emissions – and 10 years of crying ‘wolf’ on power cuts has probably served only to confuse the public who will be entirely aware that their lights have stayed on.”

The authors noted that although the capacity margin is expected to be especially tight during the 2016/7 winter due to the recently-announced closure of three coal-fired power stations, this does not necessarily imply a greater risk of power cuts because the Grid has a range of tools to use to keep the lights on – including retaining one or more of the coal plants as backup, and bringing mothballed gas-fired power stations back into service.

“National Grid has a near-perfect record of keeping the lights on over the last 10 years, so it would take a very unfortunate series event for the lights to go out despite the announced closures,” said Dave Jones, Policy Analyst at Sandbag.

“Looking further forward, most other coal power stations cannot close prior to 2019, which gives reassurance that the situation will not deteriorate significantly further. The building of new power stations, interconnectors and energy efficiency measures will contribute to stronger security of supply.”

The authors suggest that coherent policies to incentivise building of new power stations and interconnectors, or to reduce peak demand, would reduce the chances of future outages.

Dr Robert Gross, Director, Centre for Energy Policy and Technology, Imperial College London, who was not an author on the report, commented: “Concerns that increasing use of renewable energy will undermine security of supply in the UK simply don’t reflect reality.

“The experience of countries like Denmark and Germany, where renewables deployment is much higher than in the UK, shows that as long as policies are in place to support appropriate investment the UK can have reliable networks.

“We need to understand that power networks are moving towards increasingly decentralised, flexible systems and that demand response, interconnectors and storage will play an important role as key components of tomorrow’s energy mix.”