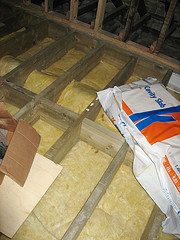 Chief executives from over 50 of the UK’s leading companies operating in the built environment have warned the prime minister that it would be a mistake to cut ‘green levies’ from energy bills.

In a letter co-ordinated by the UK Green Building Council (UKGBC), the leaders of a range of firms, including E.ON, Carillion, Barratt Developments, Willmott Dixon and Keepmoat, are urging the government not to roll back schemes such as the Energy Company Obligation (ECO) while attempting to reduce consumers’ energy bills.

Speaking during prime minister’s questions on Wednesday last week, Cameron announced a review into green energy taxes. He said he would be willing to cut environmental regulations in order to reduce household bills.

“We need to roll back some of the green regulations and charges that are putting up bills.”

However, the letter argues that energy efficiency is the “only sure way” to protect households against rising bills in the long-term. The business leaders warn that rolling back ECO, which is designed to improve the energy efficiency of vulnerable and low income households, would actually increase energy bills for these consumers.

They also blame the current cost of ECO on the relative failure of the green deal.

“Simply put, the greater the contribution that can be made to retrofit costs by the green deal, the less is required of ECO, and the lower the charge levied on all bills”, the letter reads.

It goes on to call for the government to offer further financial incentives, such as stamp duty, to homeowners to increase demand for the green deal.

“Cutting back schemes designed to boost energy efficiency is an incredibly shortsighted view and one that will only result in higher bills in the medium to long-term for those most vulnerable from rocketing energy prices,” he argued.