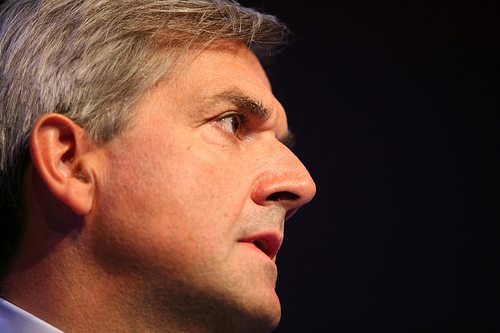 Chris Huhne, the former MP who was jailed in March for perverting the course of justice, has landed a £100,000-a-year job at a US biomass firm.

The former energy secretary was released from prison in May after serving two months of an eight-month sentence, relating to a speeding case from 2003.

And just less than 90 days after his release, it has been revealed that he took a job as European manager of Zilkha Biomass in July.

Huhne, who was MP for Eastleigh between 2005 and 2013, began his career as an entrepreneur and journalist, writing for such titles as the Guardian, where he was also economics editor for a short period.

He was jailed alongside his ex-wife Vicky Pryce, who in 2003 took speeding penalty points on behalf of the former politician, so that he wasn’t banned from driving.

Upon his release from Leyhill prison, he stressed that he wouldn’t be returning to frontline politics, and was rumoured to have begun writing his memoirs. The job at Zilkha sees him receive £100,000 a year for two days work a week.

Zilkha says on its website that it is “dedicated to innovative sustainable energy solutions“. It adds, “Our prior company, Zilkha Renewable Energy, made it possible for more than 400,000 households to switch to green wind power by the time it was sold to Energias de Portugal.”

According to the website Who’s Lobbying, Huhne met with representatives of Zilkha in 2010, while he was energy secretary, to discuss biomass.

Huhne’s online biography for Zilkha confirms he was appointed in July, and that his role will be to help increase the firm’s stature across the EU. He is described as “one of the pioneers in calling for political action to deal with global warming“, but his prison sentence is not mentioned.