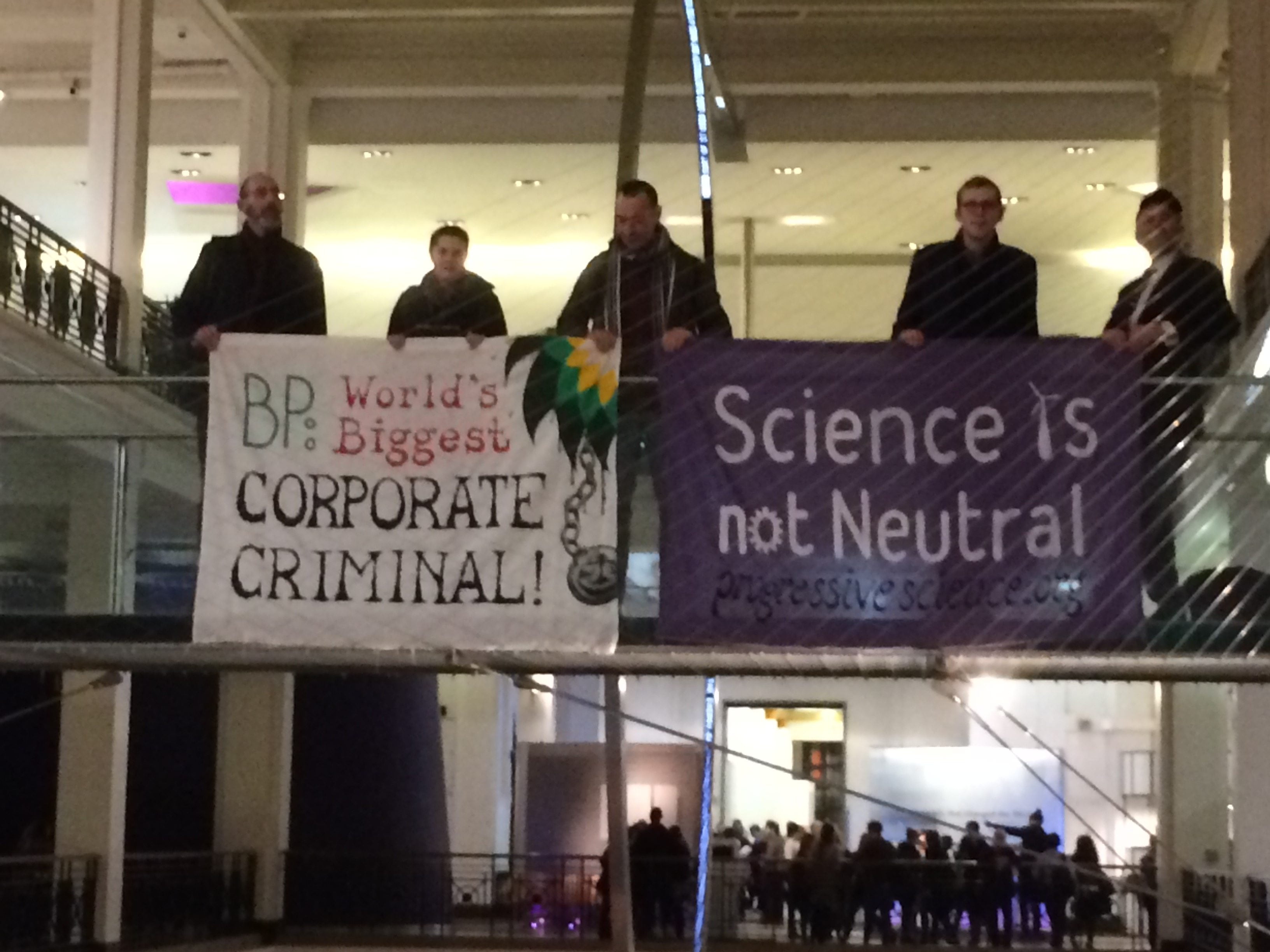 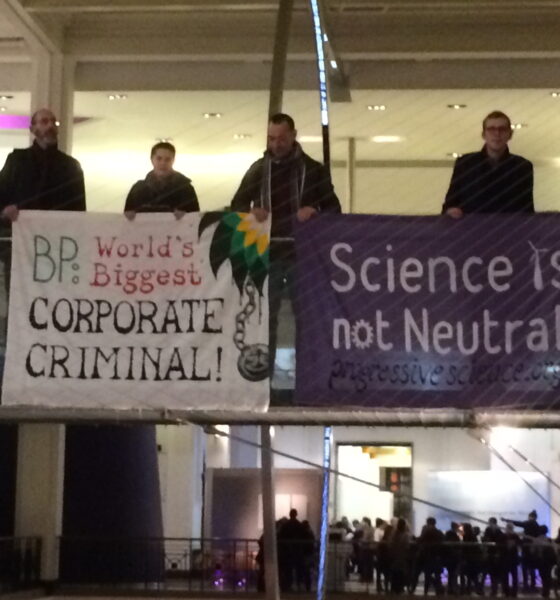 Last night, a group of young scientists teamed up with climate campaigners and gatecrashed a BP-sponsored “Late” event at the Science Museum, with a theatrical performance and lecture discussing the oil giant’s dire environmental record. The group, some of them in character as bumbling BP executives, unfurled a banner that read “Science is not neutral” before explaining why we need to end oil sponsorship in order to tackle climate change. A crowd of museumgoers gathered to watch, took flyers and applauded the protest.

Beth Rice, a member of the Progressive Science Institute, who took part in the action, said “As scientists, we must stand by the research on climate change and not allow oil companies like BP and Shell to distort the narrative by sponsoring our cultural institutions. How can a so-called “science museum” partner itself with a company that is disregarding the science and exploring for new sources of fossil fuels, at a when we need to be leaving known sources of fossil fuels in the ground?”

BP is the sponsor of the Science Museum’s “Cosmonauts” exhibition, which provided the theme for the evening’s “Late” event. Last week, billionaire fossil fuel funder and climate denier, David H. Koch, stepped down from the board of the American Museum of Natural History, following a 552,000-signature petition and ongoing controversy over his role at the museum. Last year, it was revealed that the oil company, Shell, had influenced the Science Museum’s climate science exhibition and the museum opted not to renew its partnership with Shell, a deal which elapsed in December. Campaigners are now calling on the museum to end its “toxic and ill-advised” relationship with BP.

Guy Martin, a member of BP or not BP?, who also took part in the intervention, said:

“When BP sponsors the Science Museum, the Science Museum sponsors BP, giving it a legitimacy that it does not deserve. BP was given two record-breaking fines for its Deepwater Horizon disaster and vast areas of the Gulf of Mexico were polluted by the oil spill – you could see it from space. Now, this ‘corporate criminal’ is planning to drill four new ultra deepwater wells off the south coast of Australia. The Science Museum should be joining the growing wave of churches, universities and other institutions cutting their ties to fossil fuels – not clinging to the past with BP.”

BP holds a 19.25% stake in the Russian state-owned oil company, Rosneft, and BP played a leading role in lobbying against sanctions on Russia following the crisis in Crimea and the Ukraine. The Cosmonauts exhibition runs at the Science Museum until 13th March. The “Late” events at the Science Museum are a series of monthly late openings aimed at adults, which incorporate performances, talks and a silent disco.