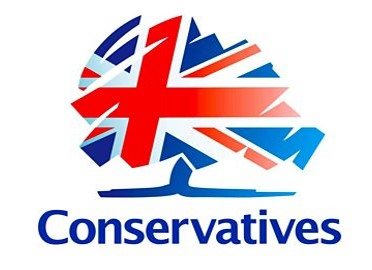 The tagline for this year’s conference is ‘Security, Stability and Opportunity’. We hope this alludes to energy security, climate stability and the green jobs opportunity. With the launch of the Sustainable Development Goals just over a week ago and COP21 in only two months, the economic, energy, environment and transport policies of the sixth largest economy in the world have never been more important.

We’ll be bringing links and reactions to the leader, economic, environment, energy and transport speeches.

Shortly after David Cameron’s leadership win, he unveiled a new logo for the Conservative party, 2006’s scribbled tree (an oak if you must know), replacing the previous torch. The tree was quietly replaced with the Union flag-tree as the Conservatives lost support to UKIP.

The green Oak tree may be timber, the pledge to be the ‘greenest government ever’ an unpleasant coalition memory, but we fervently hope the conservationist wing of the Conservative Party has had some influence over its free market wing – the prudent balance between economic, social and environmental policies matter.

“There’s no business to be done on a dead planet.”