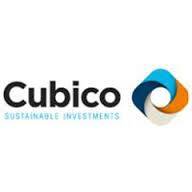 Cubico’s portfolio now comprises 29 assets located across eight countries, with a total gross capacity of 1,900 MW installed across a breadth of technologies including wind, solar, and water infrastructure.

David Swindin, Head of EMEA at Cubico said: “This acquisition adds to our growing portfolio of renewable energy assets in the UK, which is now our second largest market globally. The transaction with BSR was completed swiftly and we now look forward to enjoying a close relationship with the company.”

The acquired portfolio of solar parks is principally located in the South West of England and includes Scotland’s largest solar park in County Angus. The parks were designed, built and connected to the grid by BSR’s EPC and ICP arms.

BSR will remain actively involved with the solar parks as the operations and maintenance provider, part of a long-term relationship between the two companies established by the deal.

Cubico has also closed the financing of eight of the solar parks under a portfolio financing facility with National Australia Bank, the further two parks are expected to enter the facility shortly, taking the total debt to £60m on the total acquired BSR portfolio.

David Peill, Commercial Director at BSR, said: “We are delighted to have completed the successful sale of this portfolio of solar assets to Cubico, and look forward to continuing to build our relationship with such a capable purchaser and financier of renewable energy assets. The sale of these completed projects enables us to recycle our capital and focus on developing out our 1.2 ROC pipeline of projects using our in-house EPC and ICP teams”.

BSR specialises in the construction of large-scale solar parks and has a strong track record of delivery. The 12 months to 31 March 2016 saw the development and construction of 189MW, including the UK’s largest private wire solar connection, which now brings BSR’s total installed PV capacity to more than 530MW.