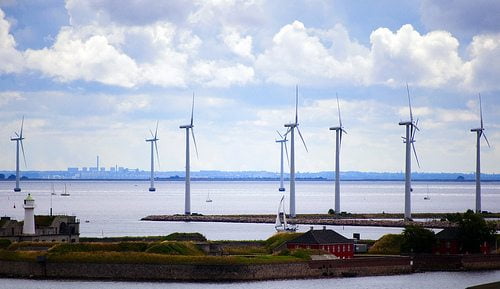 Investment bank Citi’s new Energy Darwinism report predicts that 71% of the money invested in power generation between now and 2035 will be in renewables or clean technologies.

The organisation says that the shift to renewables and clean energy sources will begin to accelerate. As a result, this will impact utility companies, investors, consumers and those working within the industries.

Of the $9.7 trillion expected to be invested, the coal, gas and oil industries are expected to receive $2.7 trillion. This equates to 29% of the total investment in power generation and suggests that the global economy will be focussing on clean energy sources.

Whilst nuclear (10%) and bioenergy (7%) are expected to receive less investment they are anticipated to still receive significant amounts that could boost productivity and innovation.

“The global energy industry has been transformed in the last five years in ways and to an extent that few would have thought credible,” said the report.

“The emergence of shale gas has transformed the US energy market while Germany has seen some gas-fired power stations running for less than 10 days a year due to the impact of solar, leading utility owners to issue profit warnings.”

The report suggested that ‘learning rates’ are likely to continue at a fast pace, meaning technology will keep on getting cheaper. At the same time, fossil fuels are likely to become more expensive, placing additional pressure on conventional fuels.

Citi concluded, “The energy market has changed dramatically in recent years and we believe this mix is only going to alter more rapidly going forward.”