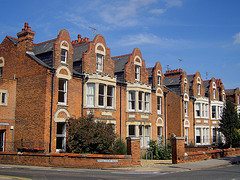 Energy efficiency service providers are missing an important opportunity, by failing to develop products that target homeowners considering renovations to improve the amenity features of their properties.

The Value propositions for Energy efficient Renovations Decisions (VERD), led by a team at the University of East Anglia and funded by the UK Energy Research Centre (UKERC), explored what motivates homeowners to renovate their home with efficiency measures.

The study found that people considering energy efficient improvements were motivated as much, or more, by factors relevant to convenience and comfort, and what others are saying and doing about renovations, as they are by any desire to be energy efficient.

Energy efficiency renovators have tended to be seen as a discrete group, driven mainly by a desire to save money or be environmentally responsible. However, the VERD findings suggest this is not the case and energy efficiency providers are missing out.

George Chryssochoidis from Norwich Business School said, “Our findings explain how to support homeowners in the green deal market, and also why homeowners may be considering efficiency measures in the first place.”

The green deal launched in January 2013 and gives people access to loans for energy saving measures for properties. Loans are repaid through energy bills and transfer with the property. The deal is designed to remove the barriers to efficiency improvement in the UK’s housing stock.

The effectiveness of the Green Deal has been debated. A cross-party group of MPs recently warned that it might not be influential enough to meet the UK’s carbon reduction targets and instead called for a clearer energy policy. The initiative was labelled as “unattractive and uncompetitive” in the report.