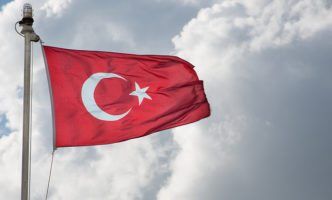 Today the General Assembly of the Turkish Parliament is voting on legislation that would give the Turkish cabinet the power to transcend the rule of law and fast-track infrastructure projects without any reference to existing law.

As the state of emergency continues in Turkey, Article 75 has been ushered to voting point in a way that is contrary to democracy and good governance.

The new law would potentially open the door for giant new energy projects deemed “strategic investments” to be ‘rubber stamped’ by ministers. It would allow the Turkish cabinet to sidestep all existing rules and regulations – including licensing procedures and impact assessments – and issue an array of financial incentives and subsidies to large-scale infrastructure projects – regardless of their environmental and social impact.

Susan Shaw, EU Energy & Coal lawyer with international environmental lawyers ClientEarth, said: “The current state of emergency in Turkey is being used to mask wide-ranging and sweeping reforms which undermine environmental protection and fast-track national projects that require close scrutiny. This scrutiny protects citizens and the environment from projects that can carry huge negative impacts.”

Such projects are likely to include coal mines and coal and nuclear power plants. Plans for a staggering 80 new coal power plants are currently in the pipeline in Turkey, despite the world’s collective agreement to scale back on fossil fuel projects and cut carbon.

It causes further fears for Turkish democracy, and the future of the Turkish energy system, in a time of political turmoil.

Turkey has a duty not only to protect its citizens, but has obligations under international law that it must consider.

“This eagerness to ride roughshod over its existing environmental protections and the rule of law, and legislate to allow it to forge ahead with harmful fossil-fuel projects at any cost, is also totally at odds with the commitments it made in Paris in December.”

“Beyond social and environmental costs, energy projects like those proposed have infringed human rights in the past through ‘emergency’ land acquisition that displaces communities. But the courts in Turkey have often ensured that the rule of law was upheld notwithstanding political pressures. The state of emergency must not be permitted to undermine safeguards for people and the environment.

“These proposals defy democratic and environmental reason. We call on citizens both in and outside of Turkey to pressure for a rethink.”