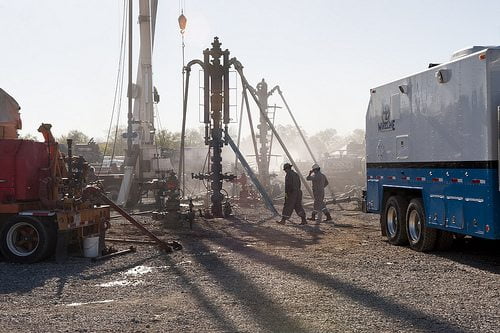 The government has been forced to change plans on where fracking can occur across the UK after conceding to Labour’s calls to close 13 environmental loopholes in the industry’s regulation.

Energy secretary Ed Davey accepted amendments to the infrastructure bill put forward by Labour. The amendments include an outright ban on fracking within national parks and areas of outstanding natural beauty, as well as areas close to water supplies. Fracking companies will also have to monitor the environment at a fracking site for 12 months before starting work.

A House of Lords report has previously urged the government to “go all out for shale” and make fracking a “national priority”, which Prime Minister David Cameron has supported. Cameron has said he wanted the UK to copy the US on fracking, where the industry is much larger, stating it can offer energy security and cut energy costs.

However, public support for fracking has remained low, with a survey published in September last year finding that just 21% of the public approve of shale gas, largely due to concerns around its impacts.

“This is a huge U-turn by the government and a big victory for the protection of Britain’s environment,” said Caroline Flint, Labour’s shadow energy secretary. She added that the government had “repeatedly ignored people’s genuine and legitimate environmental concerns over shale gas”.

Despite the U-turn, a call to impose a moratorium on fracking operations, as recommended by MPs on the Environmental Audit Committee, was defeated. The committee called fracking to be put on hold because the practice is incompatible with climate change targets and presents “significant” environmental risks to public health.

Labour did not oppose the controversial change to trespass laws, which allow companies to frack under people’s homes without their permission, a move that the Environmental Audit Committee labelled “profoundly undemocratic”.

Commenting on the vote, Donna Hume, energy campaigner at Friends of the Earth, said, “These concessions do not go far enough. These changes would not prevent fracking getting the green light in Lancashire, despite overwhelming opposition from local community.

“The only way to safeguard our climate, local communities and their environment from the fracking threat is to halt shale gas completely.”