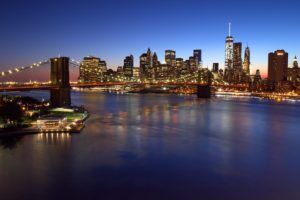 Hidden Money In Tax Havens Could Power Half The World

In a new report, Friends of the Earth International calculates that government revenue lost to tax havens over a 15-year period could power Africa, Latin America and much of Asia with 100% renewable energy.

The report comes ahead of the G20 leaders summit this weekend in China where the dual realities of climate change and tax avoidance should be at the top of the agenda.

Energy production from fossil fuels is one of the main contributors to sky-high levels of carbon emissions and tackling it is central to stopping a climate disaster. The practice of hiding profits abroad in tax havens, denies governments vast sums of money that could, and should, be used for social purposes, including to fund renewable energy.

Friends of the Earth International found that:

“This report is a wake up call for the G20 to stop talking and start acting. The finance to bring about an Energy Revolution exists, it is hidden in tax havens, but the political will to drive the transformation is shockingly absent.” says Sam Cossar-Gilbert of Friends of the Earth International.

“Each year the climate crisis is getting worse. Without urgent action we will see greater hunger, drought, floods, and weather extremes, as well as mass extinctions and the forced migration of millions of people”, he adds.

“It is a gross injustice that the world’s richest multinational corporations and individuals do not pay their fair share of taxes and continue to pollute without limit. We must stop tax avoidance and use that money for building sustainable and just societies. An Energy Revolution is possible, but we must fight for it”, says Dipti Bhatnagar, Friends of the Earth International Climate Justice and Energy coordinator.

“Climate change is a symptom of our broken system. The energy transformation involves not just switching from fossil fuels to renewable energy, but also challenging the corporate power and greed that has led to this crisis,” she adds.

Friends of the Earth International believes that stopping tax avoidance and evasion gives an opportunity to increase public spending on public services – including community and socially controlled renewable energy. For this there is an urgent need for G20 and governments to end tax havens.

A 100% renewable energy revolution is financially well within reach. But leaders must demonstrate the political will to make it possible.