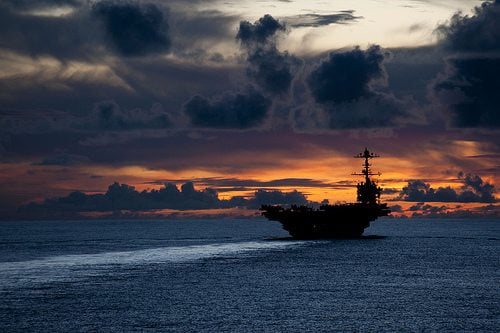 The US navy has managed to combine hydrogen and carbon dioxide from seawater to create a renewable fuel that allows ships to stay at sea for longer periods.

The US Naval Research Laboratory has already made a model aircraft fly with the new fuel, which it has said can reduce the navy’s dependence on oil.

Scientists extracted carbon dioxide (CO2) and hydrogen gas from seawater and turned it into fuel through a gas-to-liquids process.

The new fuel will have an initial cost of around $3-6 per gallon but scientists are working on how to produce it at an industrial level and maximise the amount of CO2 extracted from the water – which it says will be commercially viable within a decade.

Vice admiral Philip Cullom said, “It’s a huge milestone for us. We are in very challenging times where we really do have to think in pretty innovative ways to look at how we create energy, how we value energy and how we consume it.

“We need to challenge the results of the assumptions that are the result of the last six decades of constant access to cheap, unlimited amounts of fuel.”

The new technology will allow the navy to free its 289 vessels from oil dependency and all its risks, such as price fluctuations, fuel shortages and the obvious environmental impacts.

Although it is carbon neutral, the process requires a lot of energy, needing around 23,000 gallons of seawater to make one gallon of fuel. Nevertheless, it does not add CO2 into the atmosphere because the substance that is extracted is combusted and goes into the water again, so the process is a continuous cycle.