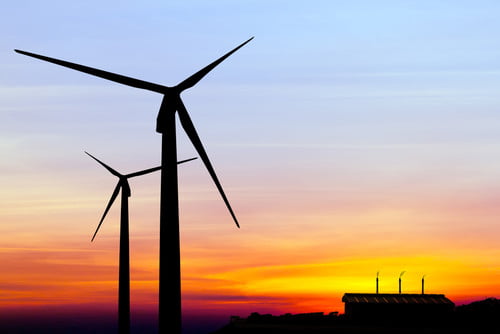 Exploring The Possibilities of A Carbon-Neutral Future

Irreparable harm is being done to the planet with all the CO2 emissions. Greenhouse gases are responsible for rising temperatures globally, posing a real danger to all life on earth. In the world’s poorest regions, the developing nations, the impact of climate change will be particularly devastating.

Yet, despite these overwhelming challenges, many leading experts are of the opinion that a carbon-neutral world is entirely possible within the next 30 years. The socio-economic impact of climate change will become an increasingly important issue over time, possibly becoming the #1 priority for voters, politicians, and governments.

As it stands, businesses are increasingly concerned about carbon neutrality. Various global networks currently exist, notably The Paris Agreement which provides a broad framework, clear objectives, and the pre-stated intent to reduce the carbon footprint over time to zero. Dozens of countries have already signed up with the Carbon Neutral Coalition (CNC), including hundreds of corporations across scores of cities, regions, and states.

The objective is clear: take aggressive action against carbon emissions. Entire nations are entrenched in a movement towards the reduction of greenhouse gas emissions, thereby laying the foundation for a carbon-neutral future. The institutional frameworks and systems serve as hindrances to a carbon-neutral future. Lobbyists, and big business, particularly oil and gas producing companies, mining operations, coal companies, and their ilk are culpable.

Crunching the Numbers: Lots of Potential for a Carbon-Neutral Future

The strategic objective in all carbon-neutral policy changes is a paradigm shift in the collective consciousness of the masses. It is incumbent upon government and big business to switch gears and prioritize the health of the planet. Deforestation of the Amazon is a major concern, and contributes dramatically to the global warming pandemic.

Increasing numbers of companies around the world are setting ambitious targets of consuming 100% renewable power for their operations. Notable challenges in the form of ground transportation remain, but a move towards electrification of ground transport (battery-powered vehicles and solar vehicles) is taking root. To this end, an exciting new development known as EV100 is up and running which is geared towards the goal of 100% electric vehicles.

Despite the challenges, change is taking place at an accelerated clip. For example, 50+ companies source 100% of their power from renewable sources, and some 200 major companies source at least 50% of the power from renewables. In 2017, 465 TW hours of renewable power was sourced in France, and 24% of the financial sector’s power needs are met by renewable energy sources. One of the statistics that needs to be bolstered is that of electricity demand in industrial and commercial sectors through renewable energy sources. Currently, that figure sits at 3.5%, with plenty of room for growth.

One of the notable advocates of achieving science-based targets is Anand Mahindra of the Mahindra Group. Equally ambitious targets have been set for the aviation and shipping industries, with low-carbon fuels and cutting-edge technology. We could soon find ourselves sailing towards a carbon-neutral future, with incredible new developments taking place in the use of carbon-free hydrogen made from renewable energy sources. It’s entirely possible that ammonia could be the answer to the shipping industry’s renewable energy conundrum.

Is a Net-Zero Goal Realistically Possible?

It is incredibly challenging to achieve synergy and unity of focus with respect to complete carbon neutrality. However, the impact of greenhouse gas emissions on the planet is devastating to say the least. There are many positives currently at play, including the development and production of carbon-neutral innovations at cut-rate prices.

As a case in point, solar technology – once impossibly expensive, is now being mass produced, and prices are dropping, while cutting electricity consumption in a big way. The big change is going to come from the consumer side. An ‘earth-friendly focus’ is now ingrained in the collective psyche of the new generation, including the millennials who want to support green enterprises, organic producers, and activities with a negligible carbon footprint.

To get there, society must work towards innovative technologies and clean energy. Food consumption habits are also changing, away from meat-based produce which results in massive CO2 emissions to more plant-based solutions and protein alternatives.

As carbon emissions increase, so too does the damage done to the ozone layer, the environment, the polar ice caps, rising sea levels, and ultimately the climate of planet Earth. A groundswell of support from grassroots level activists is now starting to hit home with politicians serving as mouthpieces for their constituents, and institutionalized systems and frameworks slowly starting to make these changes for the betterment of society.

What Steps Can Be Taken to Achieve A Carbon-Neutral Future?

Advocating for a carbon-neutral future is something that everyone of us is capable of doing. It begins in the home and extends far beyond. Companies must take responsibility for their actions. If they refuse to, it is incumbent upon customers to boycott them in favor of those who make a point of reducing their carbon footprint. Businesses cannot possibly hope to succeed in a world that they are helping to destroy.

The global energy market has tremendous potential, and the technology now exists to harness renewable energy sources for the betterment of all. By avoiding products, services, and activities that are known greenhouse gas emitters, we are already winning the battle. When avoidance is impossible, reduction of carbon emissions certainly is. From a societal perspective, carpooling is an effective way to reduce one’s carbon footprint. Cooking alternatives instead of wood and coal fires, and the use solar energy instead of electricity.

Much work remains to be done to achieve a carbon-neutral tomorrow, but it is entirely possible to carve out a successful future if we can retire non-renewable energy consumption.