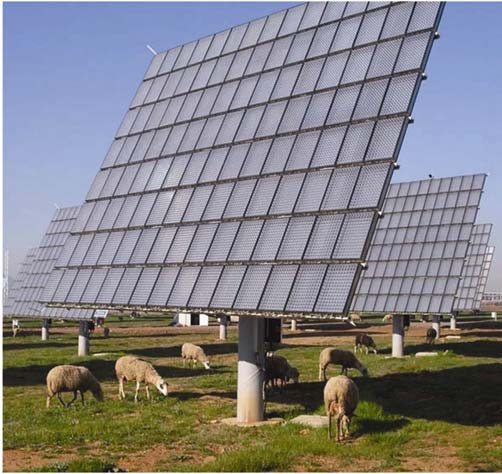 A 50 megawatt (MW) solar panel project, led by India’s National Hydro Power Corporation (NHPC), is to be constructed in the southern state of Kerala and floated on one of its lakes.

The project is expected to cost $64-72m and the first pilot is scheduled to begin work in October.

Solar panels will be installed on floating platforms that will then be anchored to the bed of the lake.

The inspiration behind the project is of a cost-cutting nature. Land in India that is available for development is relatively difficult and expensive to acquire – thus making it fairly problematic to invest heavily in land-based renewables like solar.

By moving them to the water, this avoids the initial problem of obtaining private land and also offers benefits to both solar output and water conservation.

Gon Choudhury, chairman of the Renewable Energy College, which is currently funding the project, explained, “The ecology of the water body is not likely to be affected much and it will also reduce evaporation, thus helping preserve water levels during extreme summer.

“Solar panels installed on land face reduction of yield as the ground heats up. When such panels are installed on a floating platform, the heating problem is solved to a great extent.”

The project has gained national attention, with other large landowners like the Kerela Airport Authority looking into a similar project using one of its large bodies of water.

Renewable technologies in India are gaining increasing momentum, especially solar, with the need for reliable sources of electricity a plausible solution to a desperate situation.

Recently, the Bombay Stock Exchange was restored to full trading operation after a disruption in the national power grid stopped trading at Asia’s largest stock exchange.