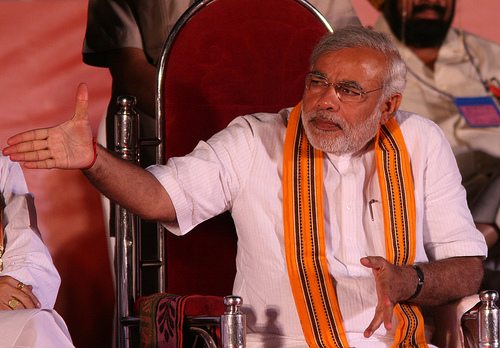 India’s Bharatiya Janata party (BJP) has achieved its biggest victory in 30 years in the country’s general election, marking the beginning of a new nationalist era in the world’s largest democracy.

The BJP’s win spells an end to a decade ruled by the centre-left Indian National Congress. More than 550m votes were cast in the election, with an astonishing turnout record of 66.8%.

The nine-phase election process has lasted five weeks, making it the longest parliamentary election in the world. BJP president Rajnath Singh called it “a people’s victory” and said it marked a new era for India.

The party has a strong neoliberal stance, a focus on privatisation of infrastructure and services and it intends to rollback labour and environmental regulation. It has also previously called homosexuality “unnatural”.

The future prime minister is likely to be controversial politician Narendra Modi, who has been chief minister of the western state of Gujarat since 2001. He was criticised by western democracies and Indians for his alleged complacency in the 2002 religious riots.

Speaking after the victory, Modi said, “I want to give you this trust. I want to say to people that we have not only put slogans, we have shown it, we have proven it.

“Even if we’ve won a clear majority, it’s our responsibility to take everyone along.”

Commenting on the defeat, Congress president Sonia Gandhi said, “We humbly respect the verdict of the people.”

The UK’s foreign secretary William Hague also spoke about the result. He said, “I congratulate Narendra Modi and the BJP on their success and look forward to forging an even closer partnership with India in the months ahead.

“The UK has strong ties with India and the British government looks forward to working with the new Indian government to build on this relationship and deliver security, growth and prosperity for both our nations.”