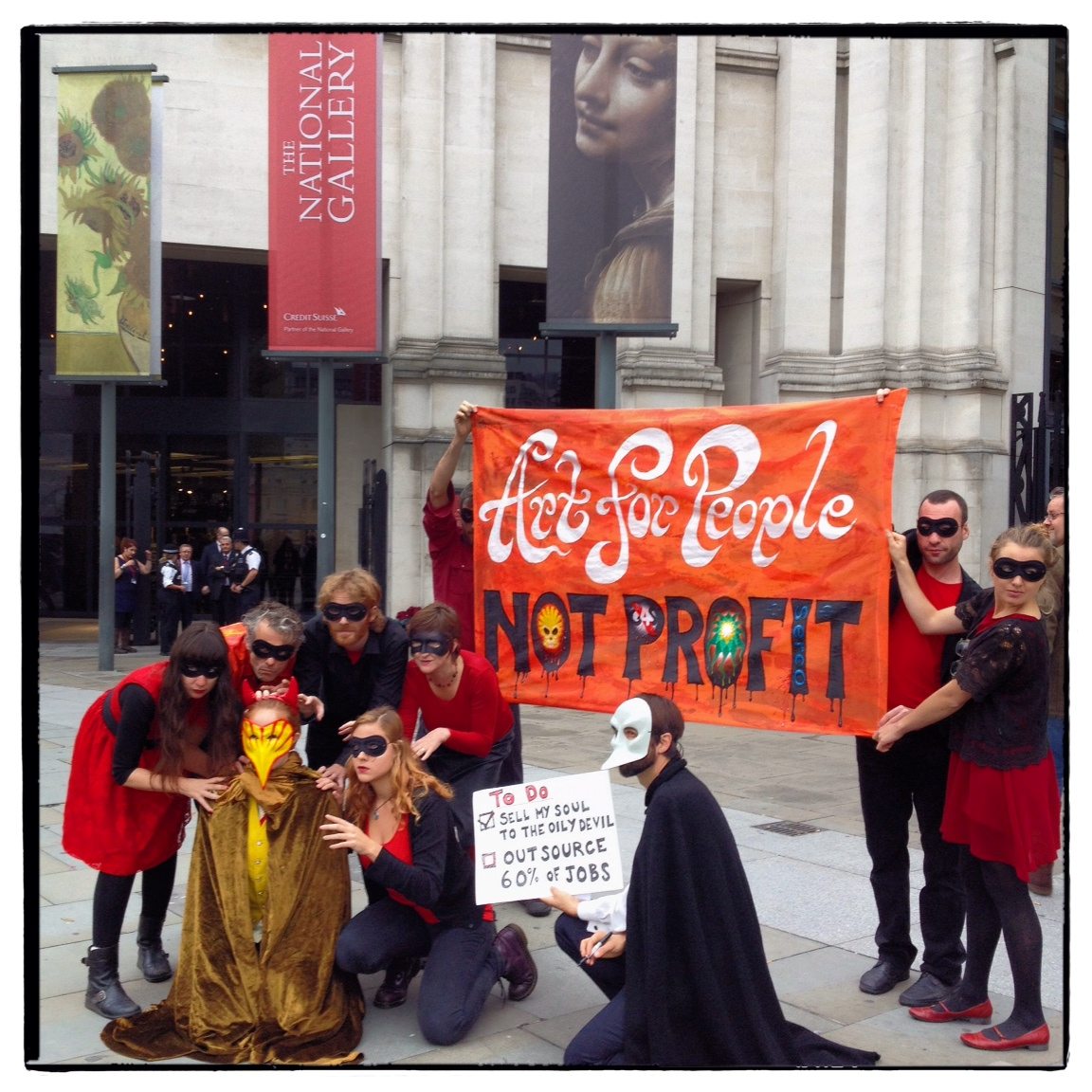 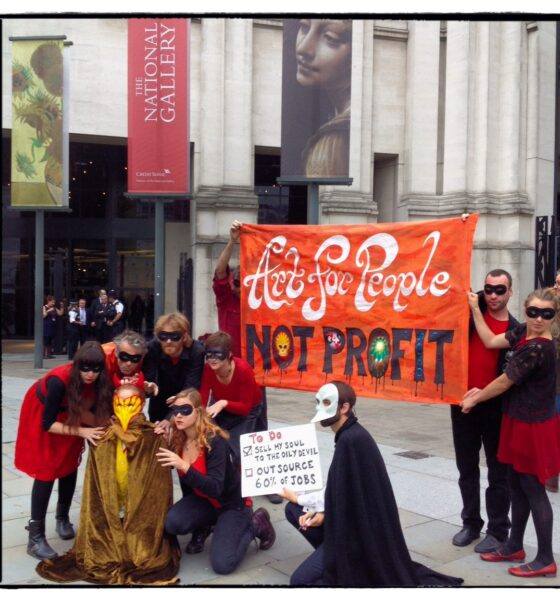 Activists protesting against art’s ties with the fossil fuel industry have performed a musical demonstration during the media launch of the Rembrandt exhibition at the National Gallery, which has been sponsored by Shell and staffed by a private security firm, instead of the gallery’s workers.

The revisited performance of Dr Faustus featured a gallery director selling his soul to an ‘Shell-branded’ devil and disregarding his own staff. The narrator read, “Museum man, he bought their plan / To sell his staff, to private hands/ Make deals with corporate monsters / Like Shell the oily sponsor. While the chorus sang, See the oil spill/Breathe the gas flare/Taste the tar sands/The deeds of Shell.”

The protest was organised by activist performance groups ‘BP or not BP?’ and ‘Shell Out Sounds’ – contesting the links of the art sector with unethical companies – and supported by PCS Union members, who are protesting over wages and privatisation in the culture sector.

Rhiannon Kelly from BP or not BP? added, “Arts institutions like the National Gallery receive just a small percentage of their funding from corporate sponsors like Shell, but these corporations receive a large amount of branding and kudos in return.

“We know the National Gallery can make ethical funding decisions if it chooses to – it dropped the arms company Finmeccanica in 2012 following public protests. Shell may need the arts to prop up its tarnished brand, but the arts do not need Shell.”

Other protests arose recently concerning the Tate, the British Museum, the National Portrait Gallery, the Royal Opera House, and the Royal Shakespeare Company over their links with oil companies, blamed for climate change and adverse health and environmental effects.

Clara Paillard, president of the PCS Culture Sector, said, “Privatisation and sponsorship by oil companies are two sides of the same coin: it is about the ongoing sell-off of public services, including museums and galleries. It is about exploiting workers for corporate profit. PCS believes austerity is not the only show in town and that proper public investment in arts and culture is in fact beneficial to the economy.”