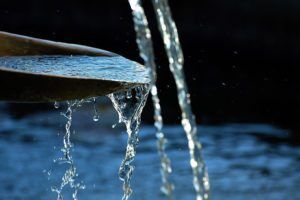 The World Bank has shaped the Nigerian water sector has persisted with numerous failed water privatisation initiatives for decades, causing yet more controversy.

In Lagos, ongoing street protests, global pressure from public officials (including members of the U.S. Congressional Black Caucus and the United Nations Special Rapporteur on the human right to water), and local and international media exposure have made the scheme politically toxic, forcing the World Bank’s private arm, the International Finance Corporation (IFC), to cancel a proposed advisory contract in October 2014, and in December 2015 the World Bank officially removed water privatisation as an objective of its $200 million water loan. The Lagos government is now virtually alone in publicly advocating for the controversial (PPP) scheme.

Resident: “I would rather die than allow that to happen”

Since November 2015, dozens of communities have been holding meetings, educating themselves about failed water PPPs around the world, spreading awareness about the Lagos government’s plans to pursue that model, and planning mobilizations. This March, the newly established women’s network blocked traffic in Lagos and in late July, at least 200 residents, workers, womens’ health advocates, and human rights leaders marched to the government’s gates following the Lagos house of assembly speaker’s unexpected public endorsement of the unpopular PPP scheme. Residents are telling stories of life in communities where central water pipes can run alongside houses without reliable water. Rather than consulting residents or investing in the system, the Lagos government has announced special “water courts” to prosecute individuals distributing water and doubled down on pursuing a model that has repeatedly led to rate hikes, water shutoffs, and costly arbitration.

There are hundreds to rally at the event.