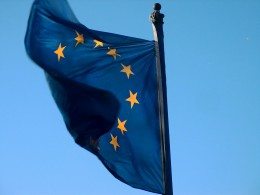 Proposed special rights for corporations in EU trade agreements threaten to prevent the necessary energy transition to tackle climate change according to a new report released today. “Polluters Paradise – How investor rights in EU trade deals sabotage the fight for energy transition” shows how planned trade deals such as TTIP and CETA would help entrench a global corporate bill of rights that will impair efforts to tackle global warming.

Explaining the dangerous investor-state dispute settlement (ISDS) provisions in trade and investment deals and the resulting power for companies to sue governments in special tribunals over policies that effect profits, the report shows how ISDS could deter future climate-friendly public policies.

It finds that 35% of all known investor-state claims relate to oil, mining, gas and electricity, with the number of lawsuits targeting state initiatives in the energy sector on the rise. From the phase out of nuclear power in Germany, to the moratorium on fracking in the Canadian province of Quebec, big corporations are using ISDS’s rigged rules to challenge virtually any attempt by governments to implement progressive energy policies.

The report also details how law firms that make money when investors sue states are encouraging multinationals to file lawsuits over green energy measures such as renewables targets and taxes on fossil fuels. Investment lawyers have also alerted companies to arbitration as a forum to challenge the rejection of dirty energy projects such as the controversial Canada-US Keystone XL pipeline, which was recently rejected by President Obama over environmental concerns.

“At a time when attention should be focused on averting a global climate catastrophe, there is no space for agreements that would send emissions soaring and make solutions to climate change illegal,” says Amélie Canonne from French campaign group AITEC. “Treaties that work for dirty industry and undermine the fight for climate justice should be abolished, and plans for even more corporate rights in TTIP and CETA should be axed.”

“Despite recent talk of reform from EU Trade Commissioner Malmström, ISDS is as alive and dangerous as ever,” says Pia Eberhardt of lobby watchdog Corporate Europe Observatory. “Offering this blank cheque for climate culprits to sue the hell out of countries acting to prevent catastrophic climate change is nothing short of scandalous. If we are to have a chance of preventing extremely dangerous levels of global warming, these corporate bills of rights must be stopped.”

The report can be read here.