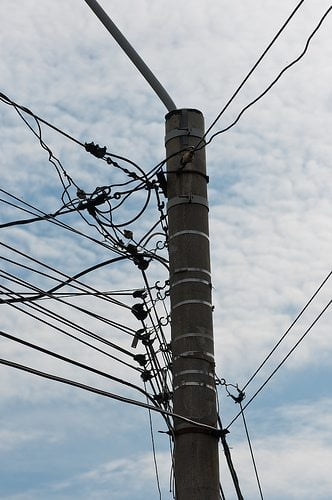 The energy regulator Ofgem has said that a report published by one of Britain’s largest energy companies contains “incorrect and misleading” data about the cost of transporting gas and electricity.

Npower later corrected the figures, which initially said that network cost of energy would rise from £295 per customer to £314 between 2015 and 2020.

A spokesperson for Ofgem said, “We welcome Npower’s effort to inform the energy debate, however their data on network costs is incorrect and misleading. We offered to help Npower improve the accuracy of their numbers for network charges and it is disappointing that they did not engage fully with us until after the document had been circulated.

“Ofgem directly regulates the money that network companies can earn through charges. Given this level of certainty we can see that after 2014 network costs per household are expected to remain broadly flat in real terms. It is unclear how Npower can state with any authority otherwise.”

The Department of Energy and Climate Change (DECC) also criticised the data by the energy firm and said that the government “estimates that the impact of our social and environmental programmes will in fact lower energy bills compared to what they would be in the absence of our policies, by as much as £166 in 2020”.

Npower said in the report that energy firms don’t have large margin of profits and don’t have much power in trying to keep energy bills down.

Speaking to the Today programme on BBC Radio 4, Npower boss Paul Massara said that the unit price of electricity in the UK was one of the lowest in Europe, but that British homes “waste so much energy”.

A recent survey by consumer group Which? said Npower had the lowest customer satisfaction levels of all UK energy suppliers, with just 31% of customers happy with the service they receive. The firm had announced a 10.4% increase of energy prices in October, which was then lowered by 2.6% following the green levies rollback.