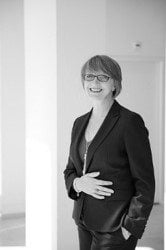 The UK is poised for considerable growth in the energy storage market in 2016. This demonstrates how investing in renewables can support new economic growth in innovative new industries.

Despite the global technological advance, government policy remains a barrier to the UK energy storage market reaching its full potential. Developing a strong energy storage market will support the transition to a low-carbon energy system at least cost to consumers. The REA’s UK Energy Storage group is leading the discussion with government to remove these barriers.

The REA’s most recent research indicates that there are presently 27 major energy storage projects that are planned and operational in the UK, with many more planned for 2016. Despite this, government policy uncertainty remains, particularly around what role of the National Infrastructure Commission will fill to assist future growth, or what actions the Department for Energy and Climate Change, Ofgem, or HM Treasury will take to ensure a clear, stable, and joined-up policy regime.

The REA’s CEO, Dr. Nina Skorupska CBE (pictured), said: “2016 will be the year in which battery storage takes off in the UK, as we have seen the United States, Germany, and Japan, all who have moved quickly to reap the benefits of this technology- including energy security, greater renewables integration, and more green jobs. We congratulate these companies on their announcement today, which places them as leaders in the battery storage market.

The cost of more efficient batteries is rapidly declining. Now the greatest barrier to growth is policy, and we look to the National Infrastructure Commission, the Department for Energy and Climate Change, and HM Treasury particularly to see the serious potential in this area, as well as in other forms of energy storage. As members of the REA’s policy group, UK Energy Storage, RES and BSR are working to swiftly place the UK as a global leader in this industry. This can be done if the government creates more clear definitions, standardises processes, and maintains a stable framework.”