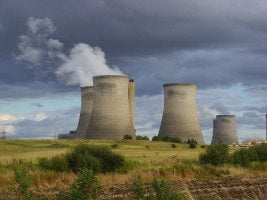 Rudd admits Hinkley delay will push prices up for consumers.

A delay in the construction of the Hinkley Point C nuclear project could push up energy bills for consumers – according to a leaked letter between the UK Energy Secretary and a parliamentary committee investigating the issue that was released today.

“Amber Rudd has admitted that any delay from EDF will cause higher bills for consumers. There is plenty of evidence from all the other nuclear reactors being built by EDF that they are both hugely delayed and massively over budget. It is highly unlikely that Hinkley would be an exception to this rule as it was originally due to come on line next year. There is absolutely no reason that the UK could not meet our de-carbonisation targets if the government dropped Hinkley and gave renewable energy businesses a fraction of political and financial support that nuclear and fossil fuel companies enjoy. This would make both environmental and economic sense.”