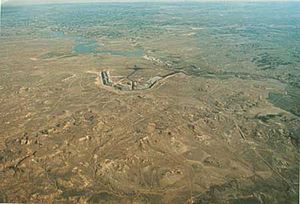 While many G20 nations are showing some commitment to tackling climate change, most are also still spending heavily to subsidize the fossil fuel industry.

A new study published today finds that subsidies for thermal coal production in two key supply regions – the Powder River Basin (PRB) in the United States and Australia – are significant, distorting the market, driving up emissions, and acting as a barrier to entry for cleaner energy sources.

The paper shows that scrapping subsidies – amounting to nearly $8 per tonne ($2.9 billion/year) in the PRB and $4 per tonne ($1.3 billion/year) in Australia — would materially reduce domestic coal demand and emissions in the United States and pressure demand for Australian thermal seaborne coal exports, where the effect on emissions would be dependent on other exporting nations taking action too.

– Reduce demand for US PRB thermal coal by a range of 8% to 29% to 2035 and cut emissions by 7 to 2.5 gigatonnes of carbon dioxide The range reflects how demand will respond to changes in price as subsidies are removed in the short term and over the next two decades as aging capital and expiring contracts make larger adjustments possible

– Cut demand for Australian seaborne coal by 3% to 7% in the same period. Emissions reductions would be smaller than in the US because of the substitution of coal exports by other (often subsidized) producers. Coordinated international subsidy removal would yield much greater carbon reductions

“Thermal coal production subsidies are substantial as shown in our study of the US PRB region and the Australian seaborne market.  In the context of carbon and climate targets, the impact on demand for thermal coal can be significant if subsidies are removed. In the US PRB demand can fall by 8% in the short term, to 30% or higher in the longer term as gas and renewable energy sources substitute.  This is equivalent to removing the annual emissions of between 9 and 32 coal plants,” said Mark Fulton, head of ETA and lead author of the report.

“Policy makers concerned about climate and a level playing field in energy markets should look to take coordinated action to remove the distortions to production these subsidies create,” said Luke Sussams senior researcher at Carbon Tracker Initiative, pointing out that coal is the most carbon-intensive energy resource in terms of greenhouse gas emissions generated per kilowatt hour of electricity.

The analysis questioned whether some coal reserves would continue producing at such high levels in the absence of government subsidies.  In the case of the PRB, the report noted that production has been subsidized for decades.

“In recent years, subsidies have neared $8 per metric tonne of coal produced in the PRB basin – even before considering the health effects of coal combustion. Eliminating coal subsidies in the PRB and throughout the world, is an obvious, no-regrets climate strategy.”

The study found that subsidy elimination across all major US coal basins would result in a substantial and positive reduction in the quantity of coal consumed and drops in carbon emissions as well. Focusing on cutting PRB subsidies alone would generate some switching to coal from other regions; however, the increasing competitiveness of gas, as well as renewables and energy efficiency, suggest carbon dioxide reductions would still be significant.

Particularly with regards to federally-owned coal in the US, even purely administrative changes could make a positive difference.  Modifications include enforcing royalties on all lease terms; ensuring competitive auctions; and requiring real funding of mine closure liabilities, with contributions held outside of the company.  An industry review by Carbon Tracker earlier this year found at least 26 US coal companies had gone bankrupt, including once major producers; proper funding of long-term liabilities should not be ignored.

“The fossil fuel industry has gamed energy market consumers with numerous subsidies evident over the long term. For coal, these include a series of tax breaks and deductions; a history of underpaying governments for the right to mine coal; collusive tendering practices for public assets; decades of government funding for carbon, capture and storage and ‘clean coal’ research; as well as capital and funding subsidies for coal rail and port infrastructure and coal-fired power plants. An on-going failure to fund mine site rehabilitation externalizes yet another cost of coal mining,” said Tim Buckley, director of energy finance studies Australasia at IEEFA.

“Any discussion of cost competitiveness of renewable energy and energy efficiency needs to take into account the decades of extensive subsidies evident for the coal industry that in many cases remain in place today,” he said.

The full report can be found here: http://www.carbontracker.org/report/coal-subsidies/