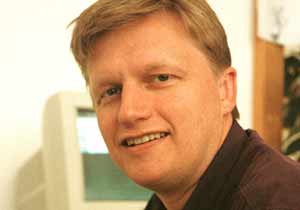 Stephen Tindale answers 20 questions on life, sustainability and everything.

Stephen Tindale is an associate fellow at the Centre for European Reform and former executive director of Greenpeace. Tindale will be moderating Sustainable September’s Energy Debate taking place at Siemens Crystal in London on September 16. Tickets are available here.

To do all I can to help protect the climate. With uncontrolled climate change, the world will be fine – there just won’t be any humans.

I’m afraid it wasn’t that poetic – I decided to leave the Civil Service, and was offered a job by Friends of the Earth.

Kids bring me breakfast in bed (yet to happen). I finish the Observer cryptic crossword (sometimes happens). We go to watch Spurs beat Arsenal at White Hart Lane (happens all the time…).

Books. The theatre and concerts. Meals out. Real ale.

Don’t have one. I prefer theatre.

Christine Lagarde, to learn more about why she is such a strong campaigner for action on climate change.

Worst – Tottenham are a good team to support – sure to win the league soon (this was in 1981 when I moved to London. Still waiting…).

Campaigning against nuclear power for two decades before realising that it is necessary as a low-carbon bridge technology.

Go on holiday by train.

The one action that could change the world for the better would be to shut all coal power stations unless they have carbon capture and storage.  The one principle would be to accept that children are more important than adults, so the future is more important than the present. The one idea – it isn’t possible to appreciate a place properly unless you have approached it by train (or ship).

“Only connect the prose and the passion, and both will be exalted” – EM Forster