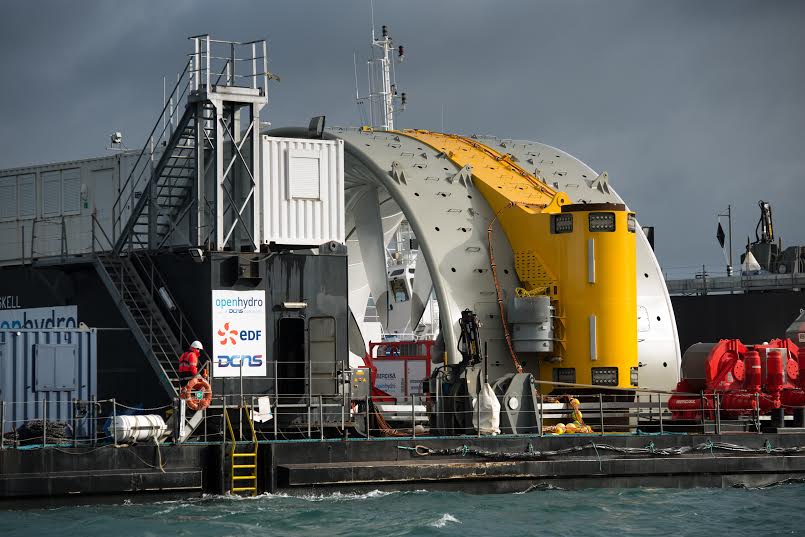 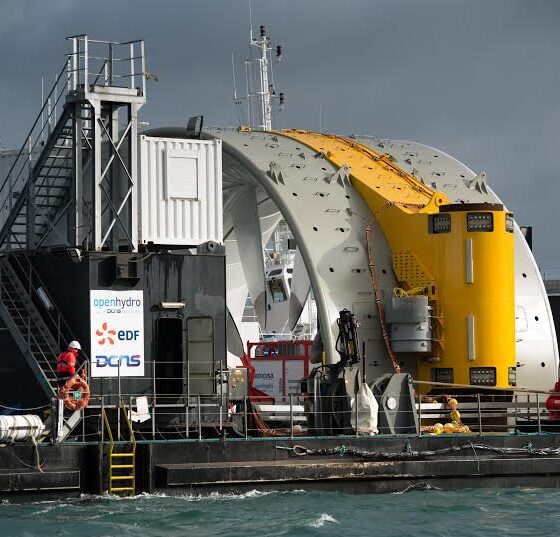 James Ives, OpenHydro chief executive, said: “The first of two OpenHydro tidal turbines on EDF’s Paimpol-Bréhat site has been successfully deployed. After a series of successful tests evaluating mechanical and electrical performance, the 16-metre-diameter turbine was towed out to sea today (Wednesday 20th January) and deployed by the OpenHydro barge.

“When both Open-Centre Turbines are connected to the grid, before summer 2016, the project will be among the world’s first grid connected turbine arrays. The Paimpol-Bréhat development is an essential step in progressing towards commercial scale arrays. It will allow EDF and OpenHydro to benefit from invaluable experience and help prepare for the Normandie Hydro project, which will see seven tidal turbines in the Raz Blanchard by 2018.”