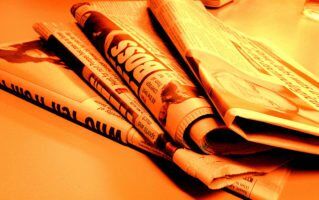 UPM Shotton, a leading producer of 100% recycled newsprint, ran on 100% renewable energy for a 4 week period earlier this year

UPM Shotton, a leading producer of 100% recycled newsprint, took a huge leap in its use of renewable energy earlier this year, following a connection the the UK’s largest solar park on the Deeside Industrial Estate in North Wales. The link-up means that UPM Shotton can run almost every daylight hour on 100% renewable energy. The solar site, which is visible from outer space, is one of the last and largest of its type under the current UK government policy. The paper mill, which employs approximately 200 people across its Deeside site, already sources 70% of its energy needs via its renewable sources which includes its own biomass power plant which commenced operation in 2006. The agreement with British Solar Renewables  Welink Energy and Compton Group means that UPM Shotton has halved its purchase of power in April.Andrew Bronnert, Head of Pulp and Energy for UPM Shotton, comments: “We already have a renowned energy policy with integrated assets such our own power plant and connectivity to EirGrid which operates wind farms in the Irish Sea and leases part of the UPM Shotton site.“Our parent company UPM is already a world-leader in renewable energy and its strategy is to continually increase its use of energy from renewable sources such as hydro-power in Finland and its latest innovation bio-diesel derived from wood fibres. “This latest collaboration with British Solar Renewables, Welink Energy and Compton Group means we now have one of the most sophisticated energy provisions in manufacturing and adds to our strong environmental credentials which are recognised by the Welsh Government and its sustainability teams.”Andrew Dodge from the joint venture between British Solar Renewables, Welink Energy and Compton Group added: “We’re delighted in the partnership and support we have received from UPM Shotton. With this particular project we’ve been able to further demonstrate our combined strength in business and renewables, working together to create an effective supply of energy for large manufacturing sites.”

With this particular project we’ve been able to further demonstrate our combined strength in business and renewables, working together to create an effective supply of energy for large manufacturing sites.

The Solar Park has over 250,000individual photovoltaic panels and during daylight hours can provide the UPM Shotton site with 100% of its output. The paper mill is also connected to the National Grid and is able to sell-back some of its unused energy for example, during maintenance time when the paper machine is not running.British Astronaut Tim Peake MBE captured the solar park and UPM Shotton earlier this year when the International Space Station passed over the Wirral and the edge of North Wales (the Solar Park can be seen at the bottom of the image located here – https://www.flickr.com/photos/timpeake/26467435595. )