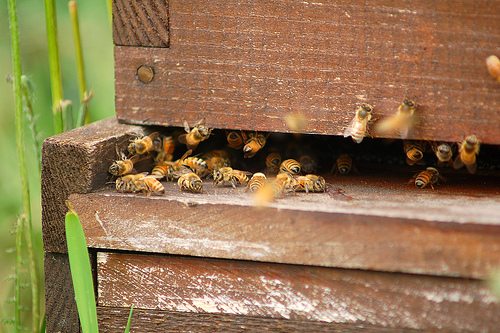 You’ve probably never really had the urge to stick your head into a beehive, but now, thanks to Explore and its new live feed straight from the middle of a buzzing colony in Germany, you don’t have to.

The infrared camera moves around the hive, providing a unique perspective into the (not so) private life of a bee.

The colony is housed inside a large hollow log near the town of Waal in Bavaria. The bees are currently rebuilding after a hive collapse – which was captured on video.

Explore also provides some enlightening bee facts. Some of them reveal just how important the survival of rapidly declining bee populations is to humankind. It is estimated that out of 100 crop species that provide 90% of food worldwide, bees pollinate 71. One of every three bites of food eaten worldwide depends on pollinators such as bees.