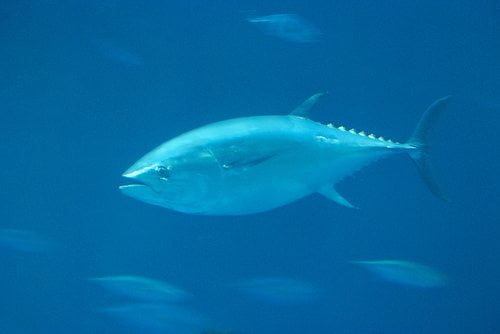 BP’s 2010 oil spill in the Gulf of Mexico has slowed down the heartbeats of tuna fish, which in some cases had led to cardiac arrest or death, according to a team of scientists.

Researchers from Stanford University and the National Oceanic and Atmospheric Administration (NOAA) say that a chemical in crude oil can cause irregular heartbeat patterns.

Their findings came up after analysis on tuna affected by the 2010 spill at the Deepwater Horizon platform owned by oil giant BP.

Barbara Block, professor of marine sciences at Stanford’s Hopkins Marine Station and co-author of the study, explained, “The ability of a heart cell to beat depends on its capacity to move essential ions like potassium and calcium into and out of the cells quickly.

“This dynamic process, which is common to all vertebrates, is called ‘excitation-contraction coupling’. We have discovered that crude oil interferes with this vital signaling process essential for our heart cells to function properly.”

According to the study, polycyclic aromatic hydrocarbons (PAHs) commonly found in oil are to blame in particular, as they stay in the environment for a long time after a spill. Block said that crude oil compromises the ability of the heart to contract and relax, and therefore to beat effectively.

However, she warned this phenomenon might not be exclusive to fish.

“The protein ion channels we observe in the tuna heart cells are similar to what we would find in any vertebrate heart and provide evidence as to how petroleum products may be negatively impacting cardiac function in a wide variety of animals”, she said.

“This raises the possibility that exposure to environmental PAHs in many animals – including humans – could lead to cardiac arrhythmias and bradycardia, or slowing of the heart.”