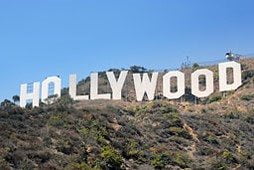 Celebrities for a Cause

Celebrities are often idolized for their position within society: these well-known, handsome or beautiful faces and bodies, whose per-movie pay check is often more than many of us will make in a lifetime. Ashley Summers writes for Blue & Green.

Somehow Hollywood has ‘captured’ the current generations and everyone wants to be an actor, model, or musician when they “grow up”. There is a lot of pressure put on people all over the world to maintain a youthful appearance, to look, buy, and be like many of the celebrities that plaster all forms of mass media. It’s almost impossible to escape these images, the ideals, or the nagging sense that the rest of us aren’t “good enough.”

As someone who enjoys movies, but hasn’t owned a TV in over a decade, I find the celebrity fascination to be an interesting, albeit concerning, social and cultural phenomenon. When I look through the news headlines, I tend to skim over things about anything relating to pop-culture, not only because it doesn’t impact me personally in any way, shape, or form, but mostly because I don’t see the point in bothering to pry into another’s personal business.

There are the unique exceptions to this, however, and these celebrities have bridged the “look at me” gap and have stepped into the political, economic, environmental, or humanistic limelight.

Leonardo DiCaprio is undeniably a talented actor. Of all the movies I’ve seen him in, I only further appreciate his dedication to portraying a character. As a writer, I have a hard enough time fashioning characters to be life-like, but when I witness him take a written character and make him real—well, suffice it to say, I can respect that.

What’s more, is that Leo is a caring, conscious, and outspoken advocate for the more important things—the life or death measures that are not fictionalized or part of some script. He is a passionate voice for tackling climate change and altering the progress of humanity as he sees that things are only going to deteriorate in the coming years.

Last year, he has addressed the UN summit meeting on climate change, pleading for swift action as an appointed UN Messenger of Peace. “I stand before you not as an expert, but as a concerned citizen,” he starts. “Every week we’re seeing new and undeniable climate events, evidence that accelerated climate change is here right now.”

He goes on to state [that] “none of this is rhetoric and none of it is hysteria; it is fact.” The rest of his address can be found online here. He is an anomaly in the world of Hollywood’s most aesthetically-pleasing, and a refreshing breath of awareness in a dense pool of egotism.

Another A-lister who has made strides to address inequality and global human concerns is Angelina Jolie. She is famous for multiple roles in movie appearances and is from a notably famous family. This hasn’t hindered her care for the less-fortunate. She has travelled the world, often crossing into danger zones to be with people who live in these extremes on a daily basis.

Since initially witnessing the stresses of war for people in Cambodia in 2001, she has committed much of her time and effort to visiting refugees and people all over the globe including, but not limited to: Sierra Leone, Tanzania, Pakistan, Thailand, Ecuador, Kosovo, Kenya, Namibia, Sri Lanka, North Caucasus, Jordan, Egypt, India, Costa Rica, Chad, Syria, Iraq, and Haiti.

In addition to these first-hand experiences, she has brought peoples’ stories back to The Office of the United Nations High Commissioner for Refugees (UNHCR). She acts as an international voice for people who can’t speak for themselves; those whose horrific experiences with oppression, violence, and human need must be addressed by the international community. She is quoted as saying that she wants to see an “awareness of the plight of these people. I think they should be commended for what they have survived, not looked down upon.”

Life can be a difficult thing even for the most fortunate, but there are unimaginable things that others go through on a daily basis. It’s imperative that all individuals, communities, and nations are aware of the stresses and struggles of other peoples, ecosystems, and the planet as a shared home.

If we don’t increase the dissemination of information through honest, forward, and factual discourse, we are going to lose more people and parts of the planetary ecology to the effects of war, disease, climate change, and other preventable atrocities. It is up to each of us—daily—to choose wisely and make decisions as they will directly or indirectly impact other peoples and the world as a whole.