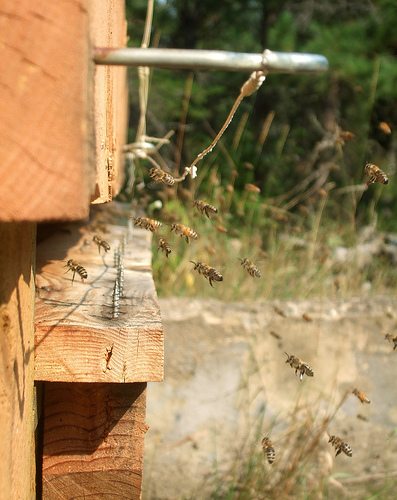 A leading agrochemicals group has submitted a legal challenge to the European commission, over its decision to suspend the use of a pesticide that it said was harmful to bees.

Thiamethoxam, which belongs to a group of pesticides known as neonicotinoids, is an ingredient in Syngenta’s Cruiser seed treatments.

In April, 15 EU member states voted to enact a two-year ban on the use of three neonicotinoids, including thiamethoxam, unless scientific evidence emerged to show that the chemicals were safe.

The decision was taken after research showed the pesticides affected the bees’ central nervous system. The ban was hailed as a victory for environmental groups, who have called on governments to act on declining bee populations for months.

However, Syngenta claims that the commission took the decision on the basis of a flawed process and an inaccurate and incomplete assessment by the European Food Safety Authority (EFSA), and without the full support of EU member states.

John Atkin, Syngenta chief operating officer, said, “We would prefer not to take legal action but have no other choice given our firm belief that the commission wrongly linked thiamethoxam to the decline in bee health. In suspending the product, it breached EU pesticide legislation and incorrectly applied the precautionary principle.

“Since the EU suspension of thiamethoxam was announced, farmers and farmer organisations have expressed great concern that an extremely effective, low dose product will not be available to them and will have to be replaced by much less sustainable alternatives. Modern products like thiamethoxam are essential to address the challenge of increasing European food production and reducing the reliance on imports.”

Before the EU vote it was claimed that Syngenta and other chemical giants were engaged in “furious lobbying” to put pressure on the commission and the EFSA to fight against the proposed ban.

David Sanchez, researcher and campaigner from the campaign group Corporate Europe Observatory (CEO), said, “Although publicly calling for science-based decisions, industry’s strategy is to attack scientists when science is not on their side.“

In January, Friends of the Earth executive director Andy Atkins said, “The clear link between neonicotinoid pesticides and declining bee health must sting the government into action – we can’t afford to dither when it comes to protecting these key pollinators.”