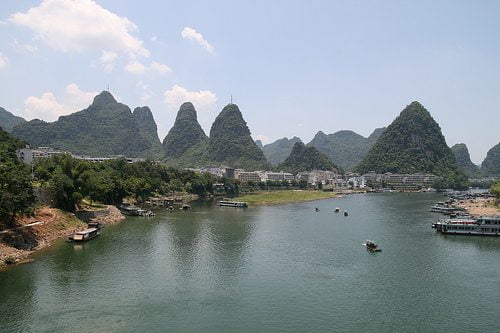 The Chinese state media has reported on a study made on China’s underground water, which confirmed that 59.6% of sites in 2013 had poor or extremely poor water quality.

According to official state media Xinhua, the ministry of land and resources has analysed 4,778 spots in 203 cities and found that water quality was relatively poor in 43.9% of them and very poor in 15.7% of them, meaning that the former can be drunk after boiling, while the latter cannot be drunk at all.

The figure, which has increased by 2.2% compared to the previous year, means that 59.6% of Chinese groundwater cannot be drunk directly. Only 3% of urban groundwater can be classified as clean.

Ma Jun, director of the Institute of Public and Environmental Affairs, commented, “The situation is quite serious – groundwater is important source for water use, including drinking water, and if it gets contaminated, it’s very costly and difficult to clean.

“But still I consider this disclosure a positive move – greater awareness can help people prevent exposure to health risks, and eventually, motivate society to try and tackle this serious problem.”

Earlier this month, the country’s largest oil firm was accused of having contaminated water with cancer-causing chemicals. The environment ministry also revealed that around one fifth of China’s agricultural land is highly contaminated with nickel, mercury, arsenic, and lead.

The Chinese government has recently tried to tighten up environmental regulation, in order to hold polluters responsible for their actions. The move was made to tackle the high levels of pollution in the country, which affects both the land and the air.