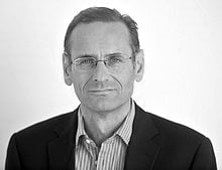 Over the last three weeks the BBC’s Roger Harrabin has been clearly and concisely examining the science, politics and solutions of climate change. We cannot recommend the series enough, which is available on the BBC iPlayer. You can find links to transcripts of the interviews done for this series on the Open University website creativeclimate.org.

Episode One: The Science

Climate talks typically end in disenchantment and disarray, so will this year’s summit in Paris be any different? In this three part series Roger Harrabin examines the science, politics and solutions of climate. In the first of this series he looks at the science behind climate change.

Predicting the future climate is a pretty tricky business and over the last twenty five years or so its had a chequered history. Roger talks to the scientists about their models and asks if they are accurate enough or should they just be consigned to the dustbin. He takes tea with the leading US politician who simply won’t be convinced of man-made climate change. He meets the “luke-warmers” who believe in climate change but don’t think the planet will warm as much as predicted. He will also examine the current predictions and how confident we should be.

Tackling climate change is a global issue and in the run up to the UN climate change conference in Paris most of the world’s countries have put forward proposals to do their bit. In the second of this series Roger Harrabin looks at the solutions to the emissions problem.

How can the world meet the need for energy for a growing population without creating dangerous levels of CO2 emissions. Roger travels to Malawi, one of the world’s poorest nations, where the energy crisis is about access to energy. How do you provide energy to people like these without adding to the climate problem caused by the rich getting rich? He looks at the solar revolution being driven by the falling costs of photovoltaic panels and he travels to Morocco to see a huge power plant at the cutting edge of solar technology. But will this all be enough, will we have to resort to removing CO2 from the atmosphere and is this even possible?

In the final programme of this series Roger Harrabin asks whether politicians will strike a deal in Paris? So often climate conferences have ended in chaos and dispute but in the run up to Paris there has been something alien to climate talks – hope. Amongst all the tension, a remarkable number of governments have agreed plans to cut emissions. China and the USA appear to be walking hand in hand. The signs look good but do they add up to an agreement?

You can find links to transcripts of the interview done for this series on the Open University website creativeclimate.org