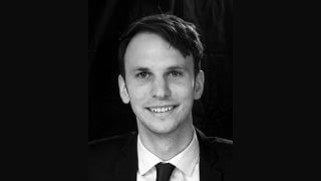 #COP21 Business Pledges: Should We Believe The Hype?

Ben Fagan-Watson (pictured), research fellow at the Policy Studies Institute (PSI) at the University of Westminster, comments on the role of businesses to tackle climate change at the COP21 2015 United Nations Climate Change Conference.

“Climate Change has been recognised as one of the greatest challenges of the twenty-first century. Its impact – and the way we choose to deal with it – profoundly affect the way that business and society operates. As the climate negotiations in Paris continue, businesses are going to have their biggest role yet. This year, the French government has said there’s even going to be a ‘pillar’ of the global deal made up of initiatives from businesses, regional governments and cities – which has been called a ‘radical reshaping’ of the way international diplomacy is conducted.

“Some of the pledges made in advance of COP21 are genuinely impressive and could help to catalyse real action, and these businesses deserve to be applauded. For example, IKEA has pledged €1 billion to slow climate change. Perhaps most surprisingly, in June 2015, six of the world’s largest oil and gas companies put out a statement supporting a price on carbon. So should we believe the hype about the contribution of businesses to stopping dangerous climate change?

“In some cases, these pledges will not bring about the necessary shift in the way industry works. BP, Shell and other oil and gas majors have been promoting a carbon price as consistent with their current business models; but Greenpeace’s Energy Desk has calculated that the emissions from business as usual would see a four degrees Celsius rise in temperature – far above the 1.5 to 2 degrees Celsius that most countries are calling for.

“We should also learn from the past. While some business pledges on environmental issues have catalysed action, other previous well-publicised pledges have either flopped or been ignored, with worries that companies are buying influence with policymakers by tabling these pledges.

“So we should take any announcements from businesses with a pinch of salt. But perhaps the bigger issue is the conspicuous absence of some major multinationals, who are not tabling any meaningful pledges to take action. This includes large energy-intensive manufacturers, and oil and gas companies like Exxon and Chevron. These are massive players who wield a huge amount of power, and together their influence over the way the world does business is enormous.

“Whether businesses’ commitments are successful at reducing emissions will depend in part on how governments and civil society nail down their pledges and turn them into concrete proposals – and on how firms are held accountable.”