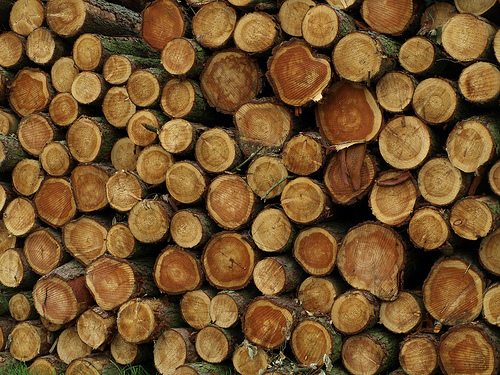 The Netherlands has today imposed a first-ever sanction on a Dutch company for violating the European Timber Regulation. The sanction follows a Greenpeace investigation into the controversial Cameroonian timber trader CCT, who is sourcing timber from companies involved in illegally logging and exporting timber to several countries in Europe, including the Netherlands.

Meike Rijksen, Forests campaigner with Greenpeace Netherlands, said: “In its capacity as the current EU Council Presidency, the Netherlands can help bring an end to the trade in illegal timber across Europe. We call on the Dutch Government to demand a political commitment by the EU member-states to make sure European companies follow the rule of law by keeping illegal timber out of the market.”

CCT is trading in timber sourced from highly destructive logging operations, several of which were exposed to be involved in illegal logging according to a Greenpeace report published last year. Greenpeace traced the timber from CCT to many importers in Europe, including one Dutch company, Fibois BV in Purmerend. The substantiated concern that Greenpeace submitted to the Dutch authorities resulted in a conditional penalty for the Dutch company. In addition, the authorities filed an official report with the public prosecutor. In a press release the Dutch authorities stated that: “Because of the political situation in the Congo Basin, timber from Cameroon may only be placed on the market if the importer has taken sufficient mitigating measures to make sure the risk that the timber is illegally harvested is negligible”.

Greenpeace not only found timber from CCT in the Netherlands – operators in Germany, Belgium and Spain have also been found sourcing CCT timber. Greenpeace is calling on the Competent Authorities in these countries to take immediate enforcement actions comparable to that of the Netherlands. The uniform and effective implementation of the EU law banning illegal timber from the EU market is of key importance.

Cameroon is plagued by extensive illegal logging, high corruption and a weak control system. which the Cameroon Ministry of Forestry attempts to defend.

“The Cameroonian government needs to tackle the illegalities and corruption in the timber sector. Cameroon needs to seriously work with the EU to ensure the Voluntary Partnership Agreement aimed at combatting illegal logging and strengthening forest governance in Cameroon is fully implemented. As a first step we strongly encourage the Cameroonian Ministry of Forestry to properly examine the companies mentioned in our report and sanction them if illegal activities are confirmed”, Conclude Irene Wabiwa, Forest Campaign Manager with Greenpeace Africa.