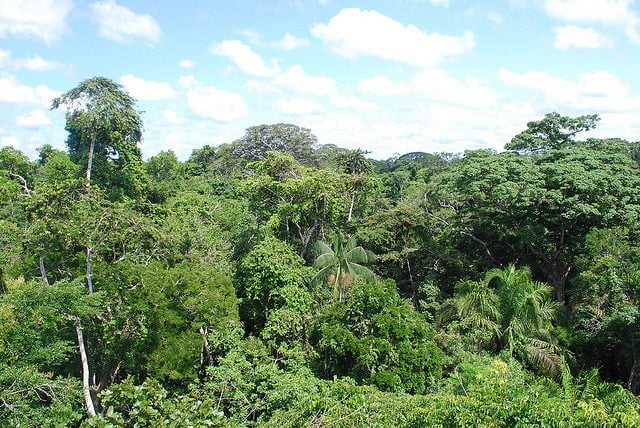 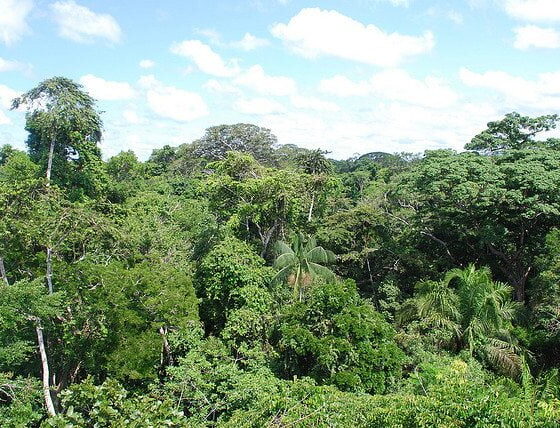 A new study conducted by the University of Edinburgh has concluded that global carbon emissions would be significantly reduced if deforestation in the tropics were minimised.

The team analysed data from previous studies alongside satellite imagery to determine the amount of carbon absorbed and emitted from forests in South and Central America, equatorial Africa and Asia.

They found that tropical rainforests absorb two billion tonnes of carbon each year by storing it in their bark and leaves but, due to deforestation, this is being dramatically reduced.

They estimate that if all human-caused deforestation were to end in the tropics, the total amount of carbon absorbed by rainforests would greatly increase – equivalent to one-fifth of global emissions.

Rising temperatures, suggest the researchers, will also increase the rate of decay of dead plants and trees, giving off more CO2. By 2099, temperatures are expected to rise by 2 degrees – which is predicted to increase annual carbon emissions from the forest by three-quarters of a billion tonnes.

Prof John Grace of the University of Edinburgh’s School of GeoSciences, who led the study, said, “If we limit human activity in the tropical forests of the world, this could play a valuable role in helping to curb the rise in carbon dioxide in the atmosphere. Preventing further losses of carbon from our tropical forests must remain a high priority.”

The rate of Amazonian deforestation increased by 88% in 2012 according to satellite analysis conducted by Brazilian authorities. Illegal logging operations have also been highlighted by Greenpeace – who earlier this year exposed an international operation responsible for some imported timber into the EU and US.

Converting cattle farms to carbon farms could be more profitable