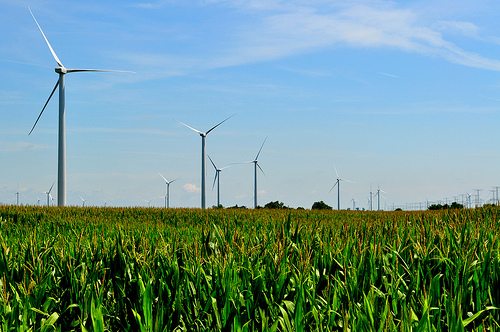 A range of environmentally-focused companies have financially outperformed the wider industry average over one year, bringing in returns of 29% compared to 16%, according to new analysis.

The seven firms in the Sector Specialist: Environmental category – including Ludgate Environmental, Impax Environmental Markets and Jupiter Green Investment Trust – raked in better weighted profits over the period than the average investment company.

Over the longer term, however, the environmental stocks underperformed the average, returning 18% over three years compared to the average of 33%. Meanwhile over five years, an investment of £100, for example, would have not made any profit.

But while the environmental stocks’ performance over three and five years may be underwhelming, the industry is confident that investing in such companies will only become more attractive – and more profitable – as the world looks to deal with climate change, resource depletion, environmental degradation, population growth and increasing urbanisation. Their superior performance over the short-term proves this hypothesis.

“If further economic recovery is sustained it could lead to a considerable pickup in environmental markets”, said Charlie Thomas, manager of Jupiter Green Investment Trust, at a recent roundtable event hosted by the Association of Investment Companies (AIC).

“This has happened in previous economic cycles I have witnessed over the 10 years I have been managing environmental portfolios. Driven by greater production of air pollution, waste, water and use of scarce natural resources, the demand for environmental solutions typically accelerates.”

Recent research by Moneyfacts said that ethical and sustainable investment funds had generally performed better financially than their mainstream counterparts in the last 12 months.

The study said the average ethical fund delivered returns of 24% in the last year, compared with the 18% growth displayed by the average non-ethical fund. Over a three-year timeframe, ethical funds grew on average 36% against a 31% growth in the conventional fund market, while over five years there was very little performance difference.

“The area of environmental investing clearly illustrates the benefits of investing over a longer timeframe”, added Thomas.

“The long-term structural drivers of growth are still very much in place and indeed increasing. The volatile and insecure conditions which had undermined the sector since the financial crisis are becoming more benign.

“We are seeing a consequent pick up in both interest and potential returns from a range of diversified industries and companies across many parts of the globe. This coupled with a more settled political climate lead us to the belief that the next 10 years will be as exciting as the last.”